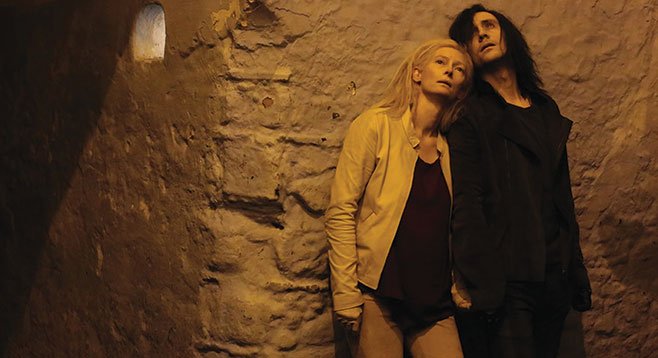 Don’t be a Dragula

Only Lovers Left Alive is less a movie than an extended, deadpan, highly stylized rant from director Jim Jarmusch. 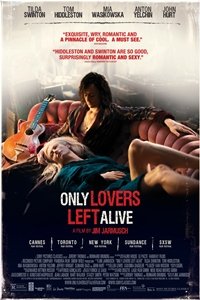 Adam (Tom Hiddleston) is a vampire. Adam listens to vinyl, collects vintage electric guitars, and makes awesome music that he doesn’t want to be recognized as his. Adam hides out on the ruined outskirts of Detroit and hates on his fanboys, even though he isn’t above a drive-by on guitar-god Jack White’s childhood home. Adam is careful to use the Latin name of the proper source material for the wooden bullet he orders so that he can maybe kill himself and so escape the zombies (us).

Adam has an on-again, off-again lover named Eve (Tilda Swinton) who thinks he’s great and brilliant and everything but can’t quite stand to live with him all the time. Adam thinks she’s cool in spite of her iPhone, but her sister? Total drag.

Adam is the kind of guy who will hate on humanity for polluting the world, but then refuse to share the technology behind his 100 percent green-energy Tesla generator because people didn’t take Tesla seriously enough. Adam is a hipster. Adam is a vampire.