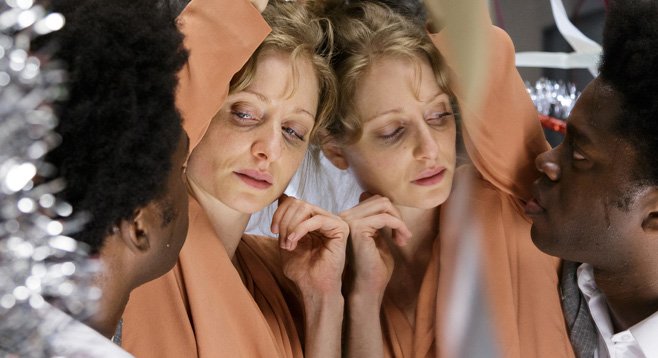 When he was a “little kid, maybe five or six,” Christopher Ashley watched a man on ice skates at Rockefeller Center. As he skated, the man recited a poem and the blades clacked out the rhythms like a drum.

“If the language sped up, so did the skates,” and the man spun in sweeping patterns that were also part of the performance. 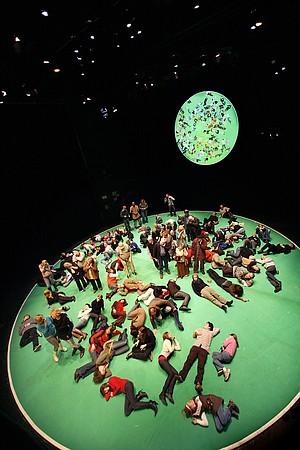 Since everything happened in sync, it was hard to separate the parts from the whole – and equally hard to describe since Ashley had seen nothing like it before.

“I was fascinated,” he says, “but what was it? Not poetry, not theater, what?”

Looking back, and having developed a lifelong affection for the theatrical outside of a theater, Ashley says, “that moment was a one time event, impossible to replicate. And I got to be there, part of it.”

When Ashley became Artistic Director of the La Jolla Playhouse in 2009, one of his dreams was to have a festival – annual – of some sort. At the time he didn’t know what kind, just that it should be about “what’s happening here,” and not about local theater’s focus on shipping shows to Broadway.

“I wanted it to be something explosive, like a flash mob, and about what matters right now in San Diego.”

Ideally it would involve audiences in unaccustomed ways. They wouldn’t sit in front of a proscenium and watch a show as if on a wide-wide screen TV in the comfort of home. Maybe they’d have to move around, maybe interact.

In 2011, the La Jolla Playhouse staged David Leddy’s Susurrus. The 80-minute “audio play” tells tales revolving around Shakespeare’s A Midsummer Night’s Dream. Instead of staging it on a set, with imitation trees, Leddy requires an outdoor setting. Spectators hear the story on headphones and walk from station to station.

Leddy and Ashley researched several potential locations. Another part of the package: would the owners of the land be willing to host a show? 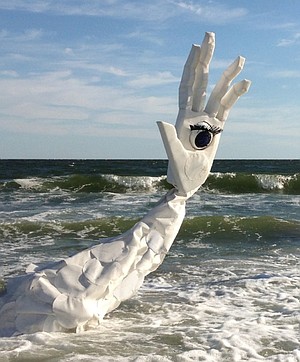 The San Diego Botanical Garden said yes, gladly. And for those who saw/walked Susurrus the experience was unique. As with the ice skater/poet at Rockefeller Center, it was hard to separate the elements. Nature, the language, the susurrus-like breezes, and the stroll defied easy explanations.

Intrigued, Ashley brought in Paul Stein’s The Car Plays in 2012. These are 10 minute plays that take place in a car: actors and audience in close quarters. They became such a hit that Ashley had found his festival: a site-specific collection of performances “without walls.”

“Europe has something like 600 public theater festivals,” says Ashley, “and they’re often plays never to be seen again, which gives audiences a special feeling of participation – they unlock that urge to be part of the happening.

From October third through October sixth, the La Playhouse hosts its Without Walls (or WoW) Festival: 20 events staged in every possible venue but on a stage.

100% San Diego – 100 people represent San Diego County’s population (each person chosen by a statistical category from the census). “A whole city on stage.”

We Built This City – audience participation. Build an entire city from thousands of cardboard boxes.