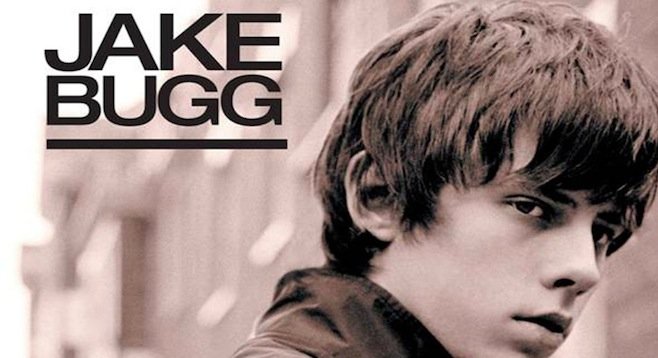 It was suggested that I listen to some newer artists for review, so I downloaded Jake Bugg's self-titled debut, thinking, You can't get much newer then a 19-year-old.

Bugg is a British singer/songwriter who's a bright flash in the UK charts and press. To my delight, the teen weaves a retro-folk sound with a modern thread of Brit-pop. His songs flip back and forth from acoustic-folk to upbeat roots, and he combines understandable lyrics with melodies that hook you.

Many of Bugg’s lyrics are inspired by his upbringing in the projects of Nottingham: "I got out alive, and I'm here to stay," he sings on "Two Fingers." "One Friday I took a pill or maybe two/ everyone here has a knife," he observes at a party gone wrong on "Seen It All." And on "Trouble Town," Bugg sings to a rockabilly/shuffle beat, "Oh boy, you missed your payment." But my two favorites are pure throwbacks to acoustic-folk singing, "Simple as This" and "Someone Told Me," which expose the musical influences of early Dylan and Donovan, Ryan Adams, and perhaps a rediscovered "Sugarman" Rodriguez.

I like everything old being new again, especially coming from a young, authentic artist with a bright future in music. Jake Bugg plays the House of Blues on Wednesday, October 2.