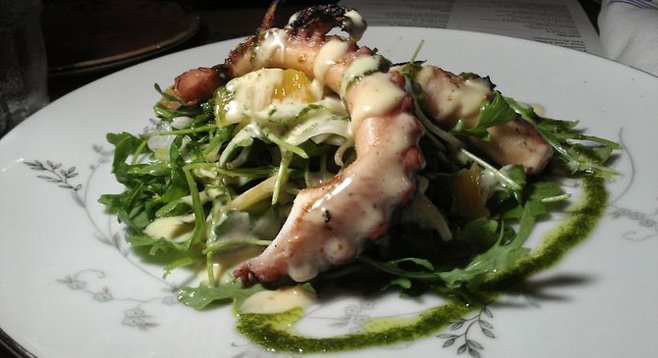 No, it isn't just the Linkery again. Here's why.

Everybody has been talking about Waypoint Public (3794 30th Street) since rumors first spread that the Bottlecraft people, and other partners, would replace the failed Linkery. Contrary to the UT’s assertion that it opened “quietly,” the place has been subject to epic hype and colorful discussion. The best comment so far? Troy Johnson claiming that the bear’s face in the logo looks like a woman’s uterus. Ha! 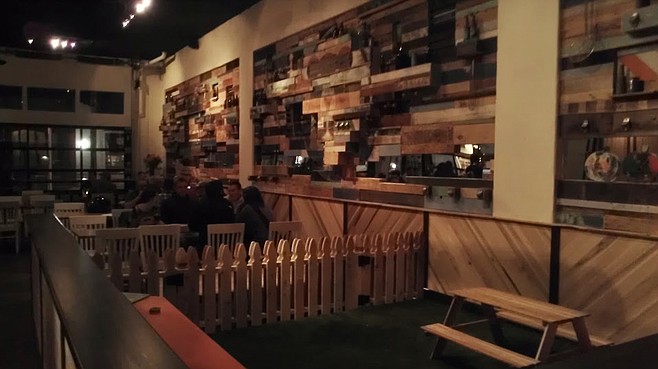 Despite the hype, Waypoint has lived in the literal shadow of the Linkery that was. The remodeling of the interior brightened things up compared to the notorious darkness of the former dining rooms. The facelift was obviously rather expensive, since the new owners hired pro architects rather than inventing budget interior design. That DIY look at the Link was part of its charm, but the new dining room looks good. Even so, it resembles the Linkery enough that guests risk Pavlovian responses to the space. The likely number one topic of conversation at table on any given night? The Linkery and why it sucked/ruled/became irrelevant.

The biggest downside is that there are too many tables, too close together. It’s noisy and the waiters have to squeeze between diners. Somebody is going to end up wearing a steak and a beer soon. That’s what you get when you want to add another 20 covers to every service. Gotta make that loot. Having a lengthy menu of draft beers (despite a too-short wine list) will bring in dollars from satisfied neighborhood hop sniffers, for sure. 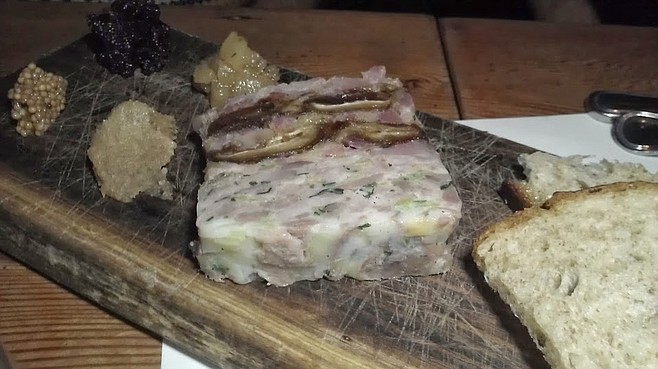 Duck, fig, and leek terrine. They reused the old boards from the Linkery!

There will be inevitable comparisons to the Linkery every time the menu hits the table, too. Early rumors that Waypoint Public would be a “sausage and beer house” planted seeds of Link-ness right from the giddy-up. The owners’ smart decision to expand towards wider gastropub fare gives a degree of separation from the Linkery, but it’s really along the same lines. Sausage and charcuterie made the cut, as did a burger topped with fried eggs and pulled pork. Shades of the Zaki-style burger from the Linkery heyday? Yes indeed.

Culinary smarts from Amanda Baumgarten give the menu some credit. An octopus salad with bitter greens, cold slices of fingerling potatoes, fennel, and mandarin oranges is a great idea.

So, too, is a kicked-up grilled cheese and tomato soup preparation.

Mussels in a sherry and tomato broth? Also a good idea. Serving them in a pie dish that sucks all forks and spoons downwards to be lost in the broth is a bad idea. Get a real bowl and use the pie dish for that apple pie on the dessert menu. 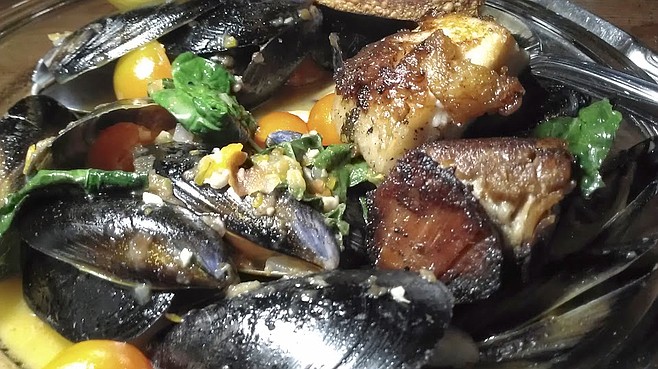 Prices hover in the range of “reasonable.” $9-$12 appetizers and $9-$20 main dishes aren’t wildly cheap, but also don’t break the bank. First impressions say it’s worth it, so let’s hope it stays that way.

If there’s one difference between the Linkery and Waypoint Public, it’s that Waypoint has its proverbial shit together in a major way. Just a few weeks in, the place is already looking dialed and ready for real business. That’s what happens when you don’t skimp on paying staff (the place is running a full kitchen — and wait staff — even on weeknights!), outfitting them as a team, and training them to work together. That’s pro-level restauranteering, and if they keep it up Waypoint will succeed where the Linkery failed. It’s never going to be the coolest place on the block, not with a kids menu and a standing invitation to families instead of paying exclusive homage to bearded and inebriated beer dorks, but it stands a chance at becoming a great place if the management keeps paying the staff to do their jobs right.

Binding review in a few months. Excitement mounting in the meantime.

Thanks for the info. My husband & I were down there last Saturday. We thought it was open for business with the garage style wall/doors wide open, fresh flowers out, etc., but all the entry doors were locked well in to the lunch hour. We weren't sure if the posted hours were a left over from the Linkery and not yet changed. Someone was inside vac/cleaning, but never looked up, so we left for the True North. While at the stop light we saw another couple try the doors, etc. and walk away. Not good for a business, especially a new one, to look like you're open when you're not. An easy $100.00 in sales walked away in less than 5 minutes.

Hopefully, Waypoint will let the staff work for tips and not automatically add that into the bill. And hopefully, they kept at least one of the Linkery’s cooks. I had a very good grilled yellowtail sandwich there once.