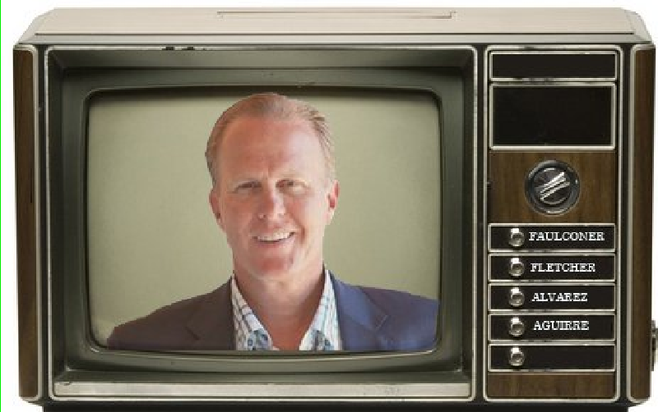 Be prepared to see a lot more of Kevin Faulconer on your television screen in coming weeks. The quiet conservative is making a mad dash to TV in order to get gain more recognition. Since August 30, his campaign has spent $182,000 on TV ad buys, the vast majority to air in the coming weeks.

Beginning on October 21, Faulconer's campaign will run 158 TV ads through November 11 on the local ABC (KGTV) and CBS channels (KFMB).

Faulconer's beeline to television is part of the candidate's strategy to draw more attention to his campaign and away from frontrunner and former mayoral candidate and state assemblyman Nathan Fletcher.

Among those new voters that the District 2 representative is hoping to attract are those under the age of 25. The campaign launched a contest for younger voters to make "homemade campaign ads promoting Kevin for mayor." Their favorite ad will air as part of the mass-media buy.

To date, Faulconer is the only candidate to spend campaign contributions on TV time. The three other candidates appear to be waiting for the right time to run ads. For now, they are relying on outside committees to do the job for them.

Beginning on August 30, the union-backed "Working Families for a Better San Diego to Support David Alvarez for Mayor 2013" began airing commercials on television and cable channels. Recent campaign disclosures show the committee has spent over $182,000 on tv ads.

And more ads are on their way. Both Alvarez and Fletcher have requested price quotes from at least one television channel.

(These expenses don't include cable-channel ad buys. Cable companies are not required to post information about ad buys. I have an appointment at Cox on Monday, October 21, to view their files.)