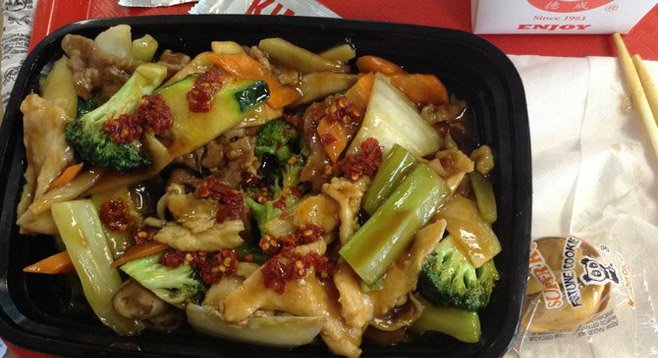 This will be your go-to take-out, Villagers

Been trawling up and down 12th, Park Boulevard, in the trolley, waiting for the moment. This time I stop and jump out, because yes! 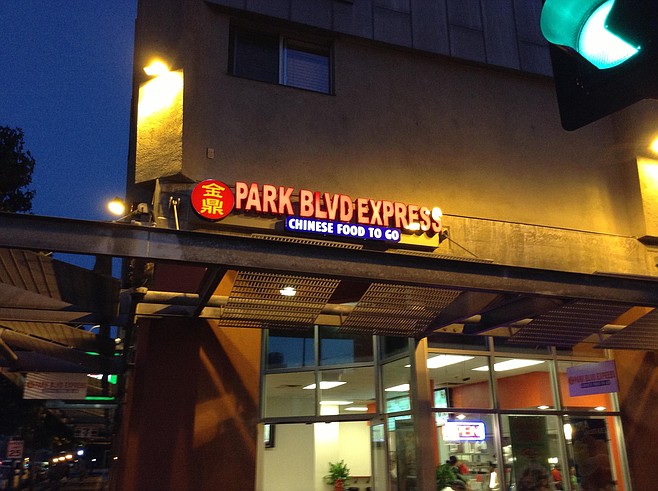 It's the Chinese place that's been building out their space here for as long as the Central Library has, seems like. Okay, nowhere near as long, but when you're waiting to eat Chinese, a month can be an eternity.

Now today they're open, here on the corner of Park and Market, right at the trolley stop. Inside's bright and fresh, and features a sign that says, "New style cooking. Low fat, low sodium, no MSG, 100 percent vegetable oil." Sounds like a good idea if it's for real. 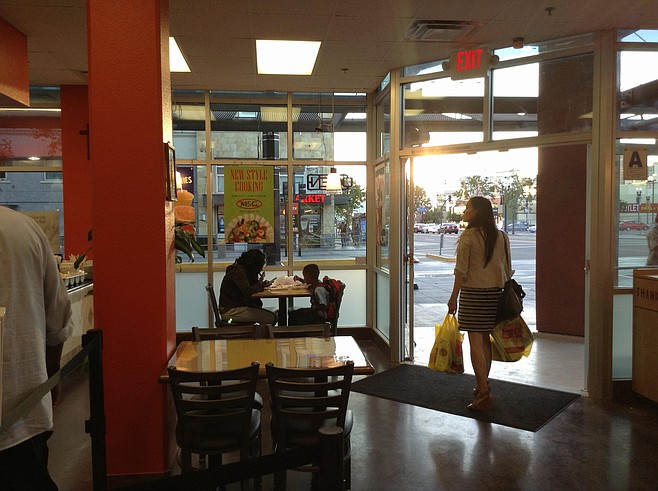 They have five-buck deals. Like a main and three sides. Which sounds pretty good. But they also have fancier $9.99 plates. And this being opening week, I'm thinking of going a little wild and having at one of them.

What you notice is that this is a very Chinese family-run outfit. Dad (Dong), mom (Dong Xiang), and their son (Xiao Ming) all have strong accents. Some customers are having problems understanding them. 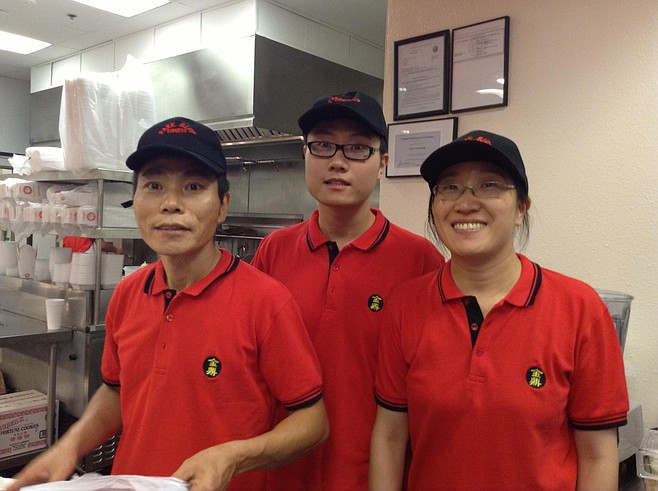 Actually it's all pretty plain to see and pick, from honey BBQ chicken to cream cheese wontons to spring rolls. But I'm looking at the Hunan Triple Delight, a combo of shrimp, pork, chicken, and mixed vegetables in a spicy garlic sauce ($9.99). And Dong mentions that they have scallops in the Happy Family plate (also $9.99), along with shrimp, pork, chicken, beef and veggies in a brown sauce.

Hmm. Having an affair with scallops right now, so I go for the Happy Family plate. Takes about ten minutes to cook in a big noisy wok, but when it's ready, Dong Xiang brings out an overstuffed plate with lots of every meat you can imagine, including shrimp, with broccoli, bamboo, cucumber, celery, carrot, mushrooms, and yes, those scallop chunks. And a pot of rice. 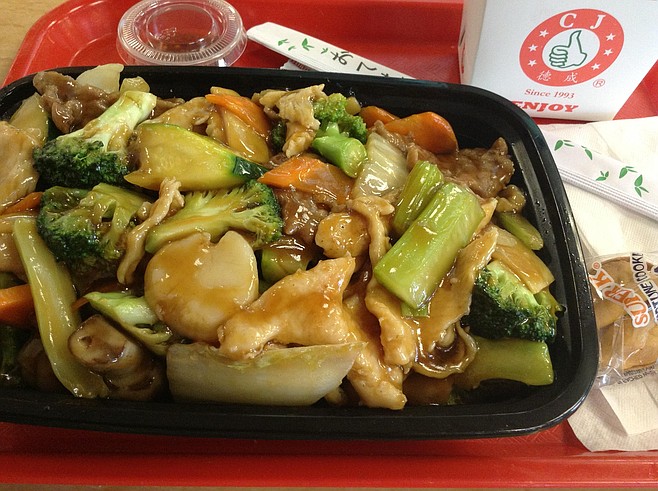 I chuck a pot of hot sauce on. Scallops are delicious. 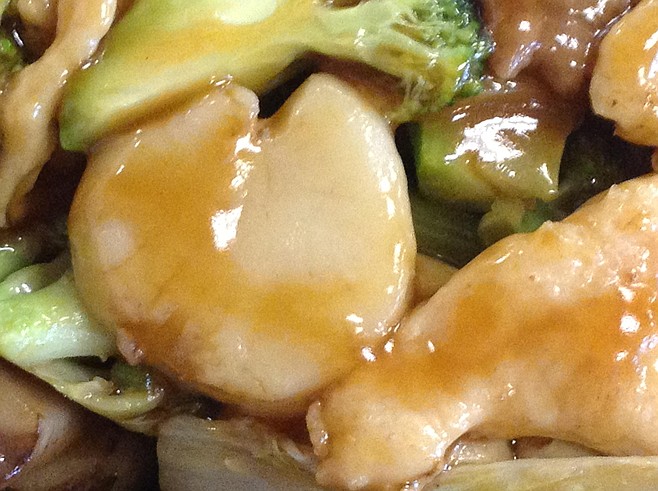 But there's just too much.

I have to have them pack most of it to go.

"We are from Fujian province in China," says Dong. "We arrived here 15 years ago. We went to the US East Coast, but a cousin here told us to come west. People are happier out here in California. He said it and it's true."

Dong says he saw this empty corner space. "People said this is a difficult location, but I liked it because it's on a corner..."

"...You get people from two streets. But I knew many homeless people would gather at this corner. So what I did was paint and clean and wash the entrance so much that now, people don't throw their cigarettes or spit, or hang out or lie down and sleep in our entrance. All because we keep it so clean and brightly lit."

Their healthiest dishes are the "new style" dishes like steamed chicken with mixed vegetables ($6.99). Y can even get low-fat rice. But next time I'll try their $4.99 meal, with, say, spicy chicken, plus three sides. That would do me nicely.