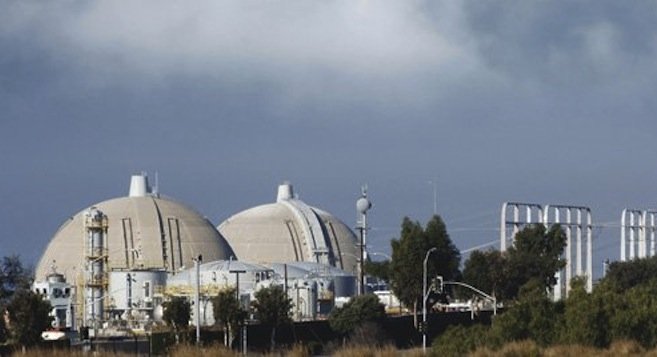 San Diego Gas & Electric customers are due a refund as a result of the premature failure of the San Onofre Nuclear Generating Station, says an administrative law judge at the California Public Utilities Commission.

The refunds demanded are a result of the reduced cost of operating San Onofre after it went into emergency shutdown mode following a radiation leak due to failed steam generators in January 2012. If the proposed decision is upheld, it could mean a $19.3 million windfall for SDG&E customers.

"The proposed decision determines that Edison’s continuing to spend money on a restart plan for San Onofre after May 2012 was the result of an unsound decision-making process," says a commission statement, "primarily because Edison did not consider alternatives or rate impact, or realistically assess the regulatory hurdles blocking a reasonably foreseeable restart."

“Warehouse staff did not consistently dispense needles to health care staff; staff could help themselves.”
Next Article

San Diego Gas & Electric customers are due a refund as a result of the premature failure of the San Onofre Nuclear Generating Station, says an administrative law judge at the California Public Utilities Commission.

The refunds demanded are a result of the reduced cost of operating San Onofre after it went into emergency shutdown mode following a radiation leak due to failed steam generators in January 2012. If the proposed decision is upheld, it could mean a $19.3 million windfall for SDG&E customers.

"The proposed decision determines that Edison’s continuing to spend money on a restart plan for San Onofre after May 2012 was the result of an unsound decision-making process," says a commission statement, "primarily because Edison did not consider alternatives or rate impact, or realistically assess the regulatory hurdles blocking a reasonably foreseeable restart."

This proposal from CPUC staff points out how different the CPUC commissioners and the hired staff see the regulatory role. And it also illustrates how far that staff is away from the desires of the regulated utilities. Edison wants the ratepayers to pick up the tab for all this confusion and waste to date. Yet here comes the staff with a stinging indictment of the utility and its management, and wants to give back (gasp!) some of the money collected already. It seems like a safe assumption that the CPUC staff will be opposing any ratepayer bailout of Edison and its woes in the future. But how will the CPUC rule? With the current group on the commission, that's anybody's guess. However, early indications have been that the commission is sympathetic to the utility's plight, even though it was largely of Edison's own making.

The SDGE share of this proposed refund, $19.3 million, is really small potatoes. But if the staff's recommendation carries the day, it will be very bad news for Edison and for Sempra (parent of SDGE) because it will signal the approach to be taken by the CPUC on their filings for more rate relief.

Don't hold your breath waiting for this refund to show up soon, or ever.

What a loss to all ratepayers in San Diego, that UCAN internal problems has left everyone with a voice against SDG&E and SCE for the billions all ratepayers are now owed thanks to SCE's replacement steam generator debacle, and to add to that SoCal ratepayers are STILL paying over $50 Million per month for San Onofre even though it is not generating any energy!

What is the CPUC doing, they are dividing up everything into tiny pieces which they will then decide what to do in each bit of the investigation!

I cry FOUL at the 20% finding by the CPUC because it lets SCE (and SDG&E) off the hook for almost all of their design debacle, which not only resulted in the $740 Million replacement steam generator LOSS but all the new equipment that went along with it like new turbines (a total of which is well over a BILLION dollars).

Then there is the additional costs that are going to be DUE for the early closure of San Onofre which is going to leave at least a BILLION dollars due for the decommissioning fund that were never collected because San Onofre was shutdown early.

The CPUC should immediately make SCE and SDG&E start issuing refunds because it is irresponsible to allow the Utility to keep collecting money for San Onofre when its destruction was due to the Utility itself.

Also as a penalty, the CPUC should make SCE and SDG&E fund large additional solar incentives so that everyone in SoCal that wants to, can install their own solar rooftop panels to replace San Onofre's energy capacity!

RE: it could mean a $19.3 million windfall for SDG&E customers.

A windfall for SDG&E you mean, Since they are only having to repay that amount, Instead of the entire amount!

This is nothing but an early Xmas gift to SDG&E from the CPUC...

Ratepayers should be up in arms about this decision, yet MSM is keeping quiet!

Remember that SCE choose to decommission San Onofre to save itself money and I believe that one of the main reasons was to stop the investigation by the CPUC; which if done properly would expose SCE's complete engineering debacle which could then easily require the Utility to refund BILLIONS since they were responsible for the engineering debacle in the first place...

It was nothing more than an attempt to maximize Corp. profits, at any cost to the ratepayers, which when went very wrong for SCE, who has been paying record profits to its shareholders by bleeding its ratepayers for years!

This was a nuclear near-miss because the leakage once discovered prevented both Unit 2 and Unit 3 from failing while under full power, since it was discovered that the almost new replacement steam generators of both units had more steam generator tube damage than all the rest of the US nuclear fleet combined!

Important NOTE: The Coalition to Decommission San Onofre (CDSO) ... is fighting for BOTH San Diego and OC ratepayers

(San Diego) Agreeing with the position taken by the Coalition to Decommission San Onofre (CDSO) and other public interest advocates in the California Public Utilities Commission's (CPUC) investigation into the San Onofre outage of 2012-2013, the assigned Administrative Law Judges (ALJ) have published a Proposed Decision in Phase 1 of the investigation, dealing with 2012 expenditures during the outage: However, we find [Southern California Edison] SCE to be single-minded about its restart plan, and slow to understand the technical challenges and regulatory timeframe required to implement it. SCE’s decision to apply resources to a restart plan was the result of an unsound decision-making process, primarily because SCE did not consider cost effectiveness or alternatives such as putting Unit 2 into preservation mode, or realistically assess the regulatory hurdles blocking a reasonably foreseeable restart.

The ALJ's Proposed Decision calls for the first refund to the ratepayers of SCE and San Diego Gas & Electric (SDG&E) due to the unplanned outage of the twin nuclear reactors at the San Onofre Nuclear Generating Station, of $94 Million. This preliminary refund reflects only the over-collection of funds from ratepayers in 2012 that were previously authorized by the CPUC for normal operations associated with generating electricity. While CDSO welcomes the ALJs' embrace of its position that SCE made unsound decisions at the expense of its own and SDG&E ratepayers, we consider the amount of this refund to be overly conservative, and will argue so in Comments on the Proposed Decision due by December 9, 2013. The 5 Commissioners may vote on a final decision on December 19, 2013.

The Proposed Decision defers decision on $122 Million spent by SCE in 2012 on the defective reactors to Phase 3 in this investigation. Phase 3 will judge the reasonableness and prudency of SCE's actions and expenditures in replacing 4 steam generators in the San Onofre reactors in 2010-2011, which proved to be defective following a leak on January 31, 2012.

The Proposed Decision also defers to Phase 3 whether SCE and SDG&E will be allowed to recover costs associated with power purchases necessary to replace the electricity not generated by San Onofre. This Proposed Decision adopts a methodology for calculating what these “replacement power costs” are, and orders SCE and SDG&E to file new cost estimates using this methodology following the final decision.

Cont. 2 In Phase 2 of this investigation currently underway, the CPUC is also considering SCE's and SDG&E's request to recover $3.2 Billion in sunk costs in the shuttered nuclear plant. Briefs are due later this week and in mid-December, after which the ALJs will begin to prepare a proposed decision.

To counter the intense lobbying by SCE and SDG&E already underway to reduce even this nominal inital refund for ratepayers, as well as to blunt the criticism of SCE's unsound decision-making in responding to this outage, CDSO will once more mobilize public opinion to defend ratepayer interests. We will reinforce the resounding message given at the CPUC's first public hearing in San Diego on this investigation, October 1st: Stop the San Onofre Bailout!

The Coalition to Decommission San Onofre (CDSO) is a grassroots project of Citizens Oversight, Inc., a 501(c)(3) public benefit corporation which encourages increased engagement by the public in the operation of their local, state and federal government to reduce waste, fraud and abuse by public officials. Our Coalition member organizations also include the Peace Resource Center of San Diego, San Clemente Green, SanOnofreSafety.org and Women Occupy San Diego.

Our CDSO Intervenor Team is led by 20-year CPUC veteran Martha Sullivan and Ray Lutz, the National Coordinator for Citizens Oversight and an engineer who has intervened at the U.S. NRC on San Onofre operating license specifications.

To support our Coalition to Decommission San Onofre grassroots Intervenor Team’s dynamic work at the CPUC, CEC and NRC, please go to our Donation Page on the Citizens Oversight website: http://www.copswiki.org/Common/DonateToCitizensOversight OR Send your tax-deductible contribution payable to “Citizens Oversight” with "Memo," "CPUC" at:

Whatever you can contribute financially enables our grassroots campaigners to continue our very effective advocacy and watch-dogging!

Additional information on the decommissioning process planned for San Onofre as well as various organizations to speak with about the topic.