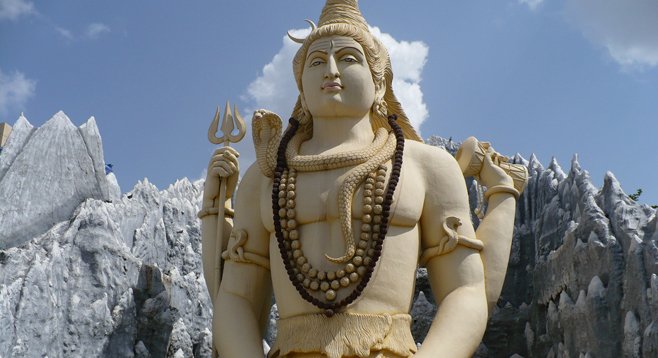 In the presence of the Conscious, there is no Non-conscious. Yet they are twain, but do not know each other. The knower of the world and of Shiva is the knower’s soul, which is different from both. When the blest soul, after having dwelt together with the hunters, the senses, is instructed by a guru, “Though knowest not thyself,” then after having given up these senses, being not other than Shiva, he reaches His feet. Through spiritual vision having seen the Lord in the soul and having abandoned the mirage of the senses’ activity and having grasped the shadow of Shiva’s feet, the sage should mediate upon the Five Letters. So the perfected one who has attained union with Shiva, being dependent upon Him, has His activity; and being untouched by impurity and Maya and the like, has His experience. – from the “Sivagnana Potham” by Meikanda Thevar (trans. Gordon Matthews).

Meikanda Thevar (c. 11th century AD) was a Hindu poet, philosopher and theologian. His most famous work is the “Sivagnana Potham,” a teaching text composed in Tamil which provides a commentary on 12 Sanskrit sutras which serve as the foundation for the Shaivite school of south India. One of the major Hindu sects, Shavism holds to the belief that Shiva – “auspicious one” – (pictured), also known as “the Destroyer” or “the Transformer,” is the Supreme Being of the universe.