The latest and largest link in BP’s rapidly expanding chain

I told of its coming many moons ago. I’ve known of the location for over a month, but kept it under my hat. Now, Ballast Point Brewing & Spirits is ready to disclose the location of its next and largest brewing facility, and I’m ready to share the news. The company just closed on a 107,000 square foot space at 9045 Carroll Way in the Miramar area, putting them smack dab in the center of what has become one of San Diego’s most brewery-dense areas. Their nearest neighbors will include AleSmith, Mike Hess Brewing, Rough Draft Brewing Company, and Saint Archer Brewery. 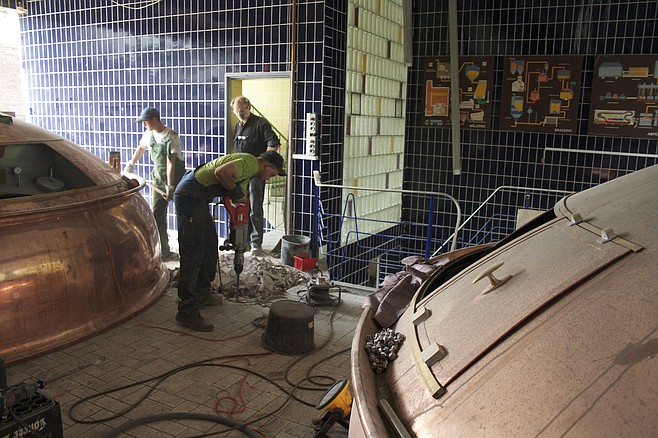 The Lohr Brewery in Germany where Ballast Point had the system dismantled and shipped to the US for its upcoming Miramar brewing facility.

The new brewery will house a large-scale 150-barrel traditional copper dome brewhouse purchased over a year ago and shipped over from Germany. Equipment used for bottling and canning at speeds over 400 units per minute will also be installed, along with a much larger lab and several pieces of new equipment, including a gas chromatograph and mass spectrometer. The latter will allow Ballast Point to focus on quality and stability as the company expands its distribution to new areas further from home. The need for the facility came with the maxing out of the company’s Scripps Ranch brewery, which is currently capable of producing 100,000 barrels of beer per year. Additional capacity is needed, as Ballast Point is unable to produce enough beer to keep its wares in certain markets as it expands distribution. 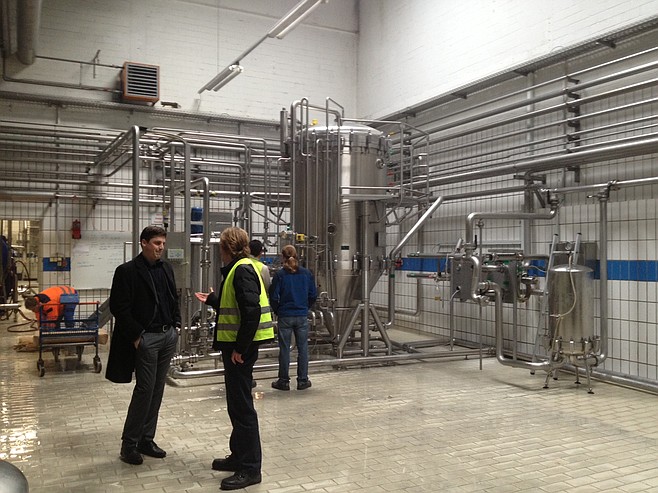 Rumor had it that, following the opening of the new Miramar brewery—which is slated to occur next summer—the Scripps Ranch facility would be used solely for production of Ballast Point’s popular Sculpin IPA, but according to company representatives, the elder space will be used for brewing undisclosed specialty beers. It will also remain the sole location where Ballast Point’s line of artisanal spirits are produced. Plans are to expand the distillery and add an additional spirits tasting room, which will be possible once spirit-related laws change on the first of next year, allowing for limited on-site tasting. 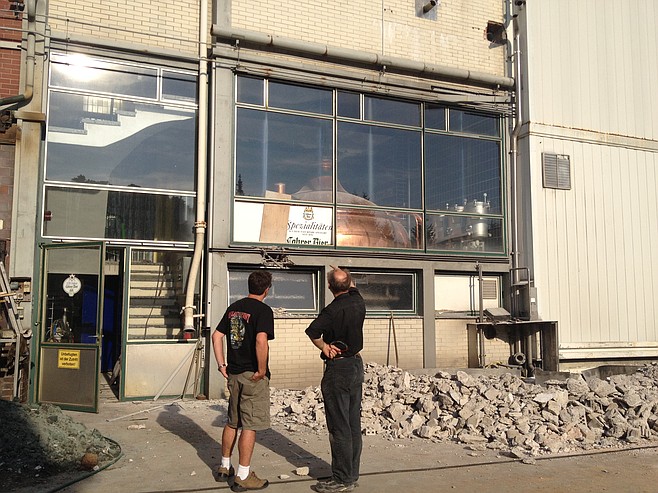 More porters and stouts, less IPAs! Too often, it seems IPAs are like hot sauce... "Watch me as I drink the nastiest crap that would make anyone else gag!" Million-SHU hot sauce isn't good, it's a demonstration. Same with the super-extra-double-hoppy IPAs. For crying out loud, the hoppy IPAs were barreled to survive long journeys to India, not to be good!