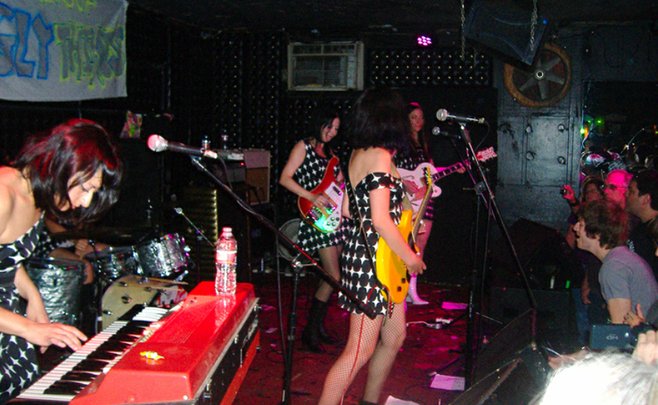 Three days of long nights, and the perpetrator is a fellow ex-pat named Mike Stax. The 30-year anniversary of Stax’s magazine, Ugly Things, was celebrated by players past and present.

Santa Ana’s the Neumans kicked off the event with an organ-driven, road rage at (19)60 mph. A sexy, sassy female band called the Rosalyns played a set of covers, from Suzi Quatro to Black Sabbath, and delivered a letter bomb. Like the 5.6.7.8s turned up to 11.

The Loons provided two sets, the second one featuring Glenn Campbell from the Misunderstood on slide guitar. Ebbot Lundberg of Soundtrack of Our Lives played an acoustic set, with a little help from a former Loons guitarist, performing songs from all his guises. Lundberg also sang with Johnny Echols’s trumpet-tastic version of Love.

San Diego’s own Nashville Ramblers provided the musical backdrop for Sunday and sounded like they’d never been away. Stax provided vox for one song. The highlight of the weekend, however, was a set not seen since 1987, as the Unclaimed decided to reclaim their history and show everyone how it’s done. The trip saw the alcohol industry claim another year off my life. Was it worth it? Hell yeah!