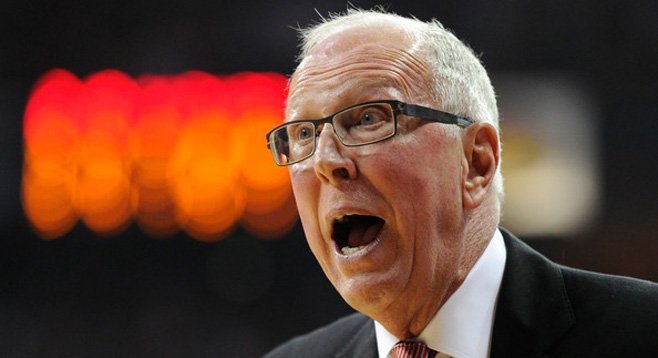 Watching the humiliation. There’s 4:49 left with the score, Florida Gulf Coast 70, San Diego 52. You can see the wheels falling off the Aztecs’ bandwagon from here. SDSU came into the tournament regarded as a pretty good team in a pretty good conference. Now, on the court, that rep is in meltdown. SDSU players know they’re beaten, know they’re going to lose to a 15th seed. And that’s what this team will be remembered for. You get no love when you lose to Cinderella. Nobody will say, “Great game, you showed a lot of pride out there.” No, they won’t say anything, they’ll keep their eyes on their shoes and walk away.

I believe Big Sports Media, headquartered on the East Coast, underreports West Coast basketball and football. I’m telling you this so you’ll know how much it hurts to say West Coast college basketball is far below adequate, and those East Coast corporate sports hacks had it figured all along.

This is brought to mind afresh by way of an email received this morning. An old friend writes, “West Coast basketball is buried, under-rated, hidden, weak, and exposed altogether, as usual. There may be an Oregon and an Arizona, but the rest were obliterated, even our number 1 seed. There’s no heartbreak left because it’s so expected. The only real good news is that UCLA blew it again and they fired their coach. The ladies may be strong, but the only real hope is in Division II or III or 666.”

Okay, for the record, here is the West Coast body count, 2013 edition. I should put in here that, for me, the West Coast is defined by a line drawn from the Canadian border down the east side of Montana, Wyoming, Colorado, and New Mexico. Everything west of that line is West Coast.

You can see why Dennis Latta couldn’t take it. Latta is an editor at Loboland.com, an outpost of Rivals.com, featuring all things University of New Mexico athletics. Latta has covered New Mexico men’s basketball for 33 years.

After Harvard — a 14 seed and a college that awards zero basketball scholarships — beat the No. 3 seed, in this case New Mexico, Latta quit his job, posting the following on Loboland.com, under the headline “Longtime sportswriter says farewell”:

I really thought that the University of New Mexico finally had a men’s basketball team that earned the loyalty of their fans.

I’ve been around Lobo basketball for 33 seasons. For 32 of those seasons, I knew that UNM had a team that could fold and lose to anyone at any time. I never got my expectations too high because a collapse was possible anytime they walked out on that floor.

I thought this team was different. I was convinced that this Lobo team was for real. It had experience, a good front line and a good backcourt and good chemistry and was smart.

But I won’t be wrong again. It was a lot easier to take when expectations were lower. Losing was acceptable because UNM had almost always lost when it really counted. You don’t have visions of greatness only to have them dashed. After the pitiful performance UNM put up against a team that doesn’t even offer scholarships, I’ve given up. Having all five starters back next season means nothing on a team that can just disappear like that. I’d be back to wondering when it would collapse, have a terrible game, and lose to an inferior team again.

No, I’ve had it. I’ve been to my last Lobo basketball game after covering the team for much of the last 33 years.