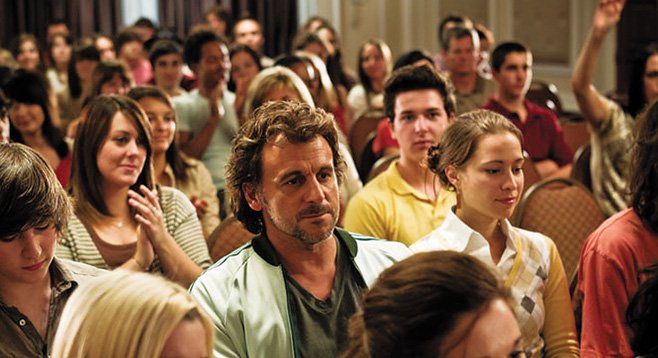 How do you say Neil Simon in French? A professional sperm donor, going by the name Starbuck (Patrick Huard), anonymously fathers what amounts to his own chapter of Big Brothers Big Sisters of Canada. Eventually, he falls victim to a class action lawsuit brought against him by 142 of his 533 “children.” To make matters worse (and to pad the running time with an unnecessary subplot), our hero is also in debt to the mob for $80,000. After a trio of enforcers pay him a bathroom visit that almost results in a permanent bath, Starbuck realizes that action is called for. But instead of taking it on the lam, he gets ahold of the list of complainants and begins stalking them one by one. His goal: to see whether or not his balls went to waste. Conveniently, he enters their lives at crucial moments: cheering one son, a world-class soccer player, on to victory, while saving a drug-addicted daughter from suicide. 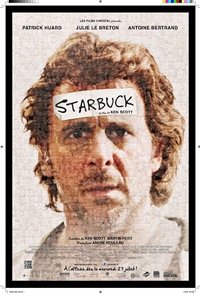 Huard, an affable Frank Stallone type, has charm to spare, but writer-director Ken Scott and co-scenarist Martin Petit can’t resist squeezing every ounce of sap out of their otherwise inventive premise. One of Starbuck’s offspring is mentally challenged — how the boy became party to the suit is never explained — and confined to a nursing facility. Relying on the kid to elicit sentiment (backed by composer David Lafleche’s syrupy tones) is bad enough, but there’s more. Following one of his kids, the king of conception accidentally stumbles upon a meeting of his clan. The vegetative boy becomes a convenient plot device when Starbuck masquerades as his father in order to gain admittance. Starbuck is a crowd-pleaser that should hit it big with those who detest being challenged. With Julie LeBreton playing his estranged gal pal, and plump Antoine Bertrand overpowering each scene as Starbuck’s cuddly best friend, lawyer, and insufferable comic foil.