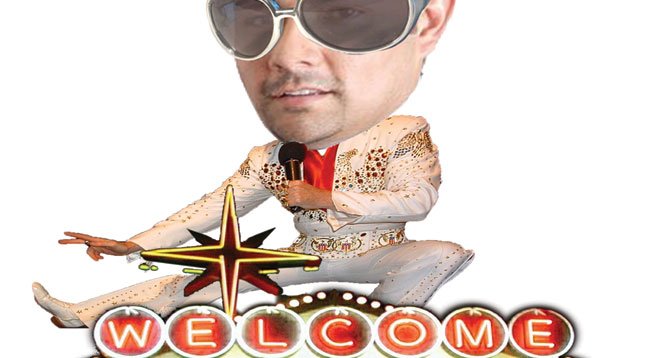 A politically wired San Diego State University figure in the news of late has been Ricardo Lara, a Democratic California state senator. Two weeks ago, the SDSU alum was forced to cancel a $3000-a-head Memorial Day weekend fundraiser featuring mixed martial arts fights in Las Vegas after the Sacramento Bee revealed that would-be host, Station Casinos, is lobbying hard for a California tribal gambling operation. Lara denied anything was amiss. “To ensure there’s no perception of any conflict, I felt it necessary to cancel the event, effective immediately. There has never been — and there will never be — any connection between my outside fundraising and my legislative duties as an elected official.”

Lara was recently given the “Legislator of the Year” award by the California State Student Association. SDSU president Elliot Hirshman, widely known as the $400,000 man for his controversial starting salary, received the “Robert C. Maxson President of the Year Award.”

Senator Ricardo Lara is the Latino Caucus Chairman. Yesterday the offices of the California Latino Legislative Caucus were raided. The Los Cerritos paper has a pretty complete story.