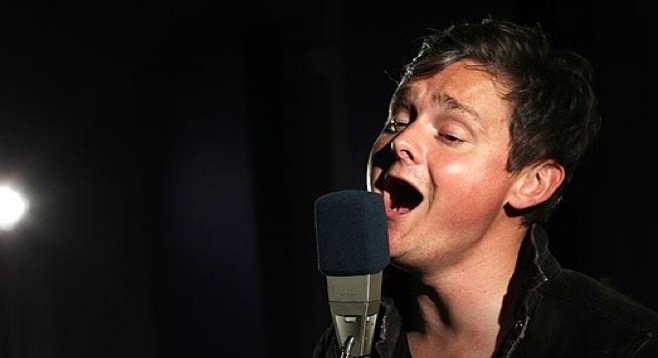 Keane sing-alongs at House of Blues

Since 1997 the band from East Essex named Keane has been producing piano-driven melodies much to the delight of fans both here and overseas. The quartet showcased their music library for the sold-out crowd at the House of Blues. Given that it had been almost ten years since their last San Diego stop, the crowd was elated to welcome them back.

Led by Tom Chaplin, the British band was first recognized by its compositions relying heavily on the piano and omitting the guitar. However, Keane’s music is anything but “soft rock.” Their sound is powerful and melodic behind Chaplin’s simple voicings.

From their debut album, the hits “Everybody’s Changing” and “Somewhere Only We Know” were sung loudly and in unison by the crowd, drowning out Chaplin’s voice and making for a memorable sing-along. Keane has never been stamped as a unique-sounding band but somehow find a way to implant their music into minds. The crowd feeds off Chaplin’s energetic presence onstage, which made for an engaging concert experience.

The performances of “Sovereign Light Café” and “Silenced by the Light” off of their most recent release, Strangeland, were hefty reminders of Keane’s successful longevity.