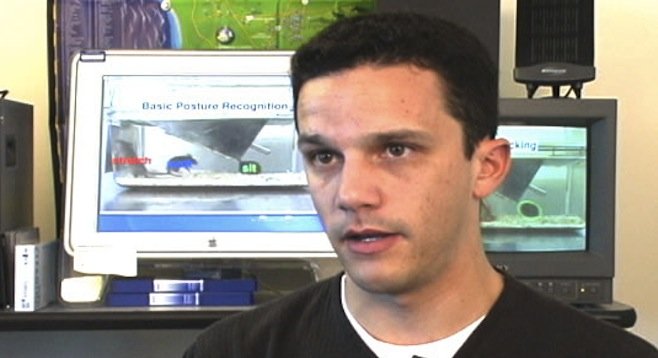 Only a 48 percent success rate, but work continues

Computer-science researchers at UC San Diego have announced progress in developing an algorithm that can be used to classify someone as a member of an "urban tribe" — such as a surfer, hipster, goth, or country-music aficionado — based solely on an analysis of your photograph.

While humans generally have no problem quickly developing stereotypes about others solely based upon appearance, UCSD researchers led by Serge Belongie — a computer-science professor at the Jacobs School of Engineering — believe that developing computer technology to allow machines to make the same distinctions could be of value in custom-tailoring online advertising based on a user's social-networking profile or by public-surveillance cameras seeking to identify groups gathering, as opposed to current technology that scans for individual identities.

Right now the technology is still spotty — it has a 48 percent chance of correctly categorizing an individual in their proper "tribe" using points of reference such as hairstyle and color, clothing, jewelry, and visible tattoos. While it's better than a success rate of 9 percent based upon random guesswork, study authors say they're still working to make the technology as responsive as the human eye.

"We are scratching the surface to figure out what the signals are," Belongie tells UCSD's NewsCenter, calling the work done to date a "first step."

The program eventually hopes to develop the capability to reliably classify people by the eight most popular American subcultures as defined by the website Wikipedia: biker, country, goth, heavy metal, hip-hop, hipster, raver, and surfer.

And all us humans, (including yourself Mr. Inventor) need to be classified, categorized, identified for what and who's purpose or dissemination? These are the things that we marvel at but, when you understand the only thing this technology is good for, I hope you the reader of this is thinking and thinking hard. Consider the ramifications of this.

Will they get to open casinos? Will "tribal" tattoos become a real thing and not just a pattern for those who wish to be disfigured but are to stupid to come up with something meaningful?

Employers in California want to investigate job applicant's lifestyles before deciding whether to hire them. However, such investigations are illegal under California law. The urban tribe categories correspond with the types of individuals employers most want to avoid hiring. Belongie appears to be developing software that will enable employers to screen job applicants and avoid hiring undesirables. For example, country music lover equates to drunk white trash. Hipster or Goth equates to drug addict. Belongie at some point will try to sell his technology for a huge profit. It's all about money, not technology.