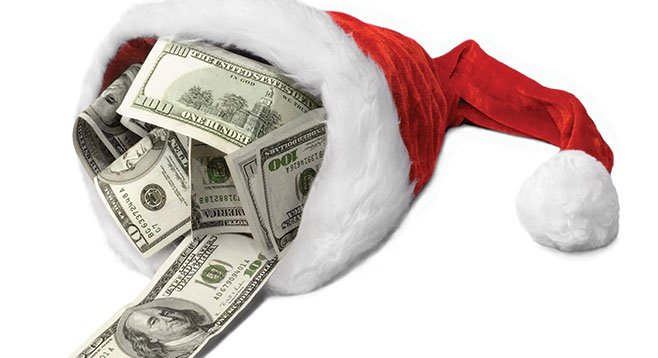 ‘Tis the season for seasonal work

Christmas is around the corner, but if a job is at the top of your ‘wish list,’ put down the egg nog and start applying for part-time gigs.

According to CareerBuilder’s annual holiday hiring survey, 39 percent of retail hiring managers plan to hire seasonal workers this year, up from 36 percent last year and 29 percent in 2011.

Last year Brian Mendez of National City was hired at Macy’s and at Nordstrom from October to February.

“I put in about 10 applications and snagged two jobs in one week,” he said. “I hadn’t worked in six months so I was more than happy to work on Thanksgiving and Christmas Eve.”

This year Mendez has a full-time office job but also is working 15 hours a week at Nordstrom during the holiday season.

“I love the craziness, and I love the paycheck,” he said. “I work nights and weekends. It won’t kill me to work extra for two months. With my extra paychecks I buy Christmas presents for my family, and I don’t go into debt.”

Of course, the best gift is finding a seasonal job that could lead to full-time employment.

Peggy Brody of El Cajon has worked six holiday seasons at Parkway Plaza. She has given out free samples of cheese, worked at Sears in the automotive department and worked at Foot Locker selling sneakers. Last year she was offered a full-time position as an assistant manager at JC Penny. She now works at a Los Angeles location of the store.

“I always enjoyed the part time work but it was always scary when the job ended,” Brody said. “Everyone knew me at the mall so when a full-time job was offered to me I jumped at the chance. I work in Los Angelese five days a week and stay with my daughter and then go home on my two days off. It works for me because I get a paycheck every other week.”

Working at the mall during winter vacation used to be seen as a job for high schoolers, but older workers are sought by some companies: 17 percent of employers said they tend to hire retirees, while 34 percent said they focus on experienced workers who are not retired. Another 45 percent target college students and 23 percent tend to hire high-school students, according to CareerBuilder.

Whatever job is offered to you during the Christmas rush, make sure it’s legit. Be careful of Craigslist ads, and don’t get scammed instead of receiving a paycheck. Run, don’t walk if you are offered an unsolicited job offer that requests a lot of personal information or cash up front.

Retail stores are not the only ones hiring this season: delivery companies such as UPS, FedEx and the U.S. Postal Service are also hiring part-time. Other companies need seasonal help to fill up their call centers to handle phone and web orders.

Besides filling out an application online at company of your choice, you can check out CoolWorks.com and Snagajob.com for finding seasonal work.

Another seasonal job that might not be at the top of Santa’s list is a job with the Internal Revenue Service. The agency is already seeking data transcribers, tax experts, and customer service help. See their page on seasonal jobs at jobs.irs.gov/seasonal. Maggie Gray of San Diego worked as a part-time customer service representative at the IRS downtown for two years and was eventually offered a full-time gig.

“I enjoyed it, I actually felt like I was helping people,” she said. “After I got hired full time I went back to school and got my degree and moved into another position. People forget about part time jobs with the IRS. I guess they like to forget all about us, but for a seasonal job it’s pretty great.”