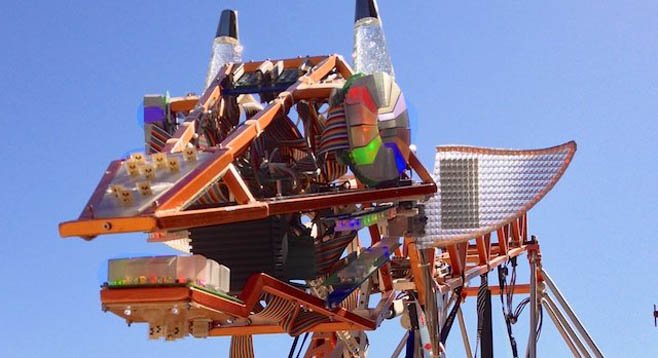 There is a growing community comprised of electronics enthusiasts, tinkerers, artists, and even entrepreneurs who gravitate towards Make Magazine, where Do-It-Yourself projects are shared online in a step-by-step format. In addition to a growing internet presence, actual physical gatherings known as “Maker Faires” have been occurring in various cities, the first of which was San Mateo, California in 2005.

The Bing Crosby Hall at the Del Mar Fairgrounds will be filled to capacity with exhibitors, with some spilling into the parking lot, says Katie Rast, co-founder of the event.

Several of the movers and shakers among San Diego’s “makers” gravitate towards Fab Lab San Diego as a nucleus, located in Kearney Mesa. 3D printers and other Computer Numerical Control (CNC) devices are housed and shared there. These tools were used to build several of the creations that will be at the Faire. The 3D printers themselves, often described as the closest we have come to the replicators of Star Trek, will also be on display.