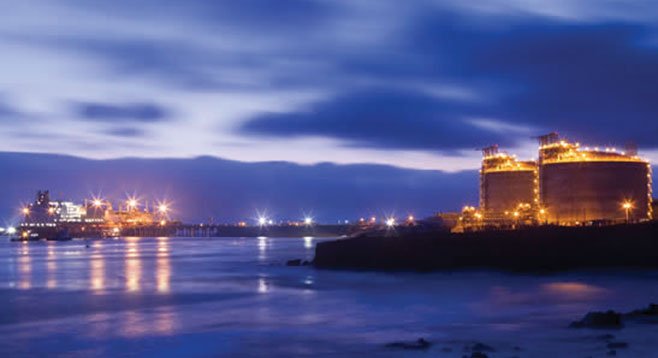 Did Sempra Energy pass bribes to officials in Mexico to grease construction projects there? Then, when a whistle-blower complaint was filed, did the Securities and Exchange Commission and the Federal Bureau of Investigation permit Sempra to investigate itself by hiring friendly law firms that — of course — exonerated the company?

A lawsuit filed in federal court in late April may shed light on those questions. Rodolfo Michelon, who had a high Sempra accounting position in Mexico, filed suit against the SEC and FBI, stating that they did not respond adequately to information requests under the Freedom of Information Act.

In 2010, Michelon filed a still-pending suit against Sempra, alleging wrongful termination and that the company passed bribes in Mexico, among other things. Later, Michelon filed a whistle-blower complaint with the FBI and SEC incorporating the information about alleged Mexican briberies. However, those two agencies deferred any investigations to law firms hired and paid by Sempra, according to the April suit.

Three law firms exonerated Sempra on the bribery charges, and neither agency conducted its own investigation, according to the suit. Sempra’s vice president and general counsel, Javade Chaudhri, had once been a partner in two of the three firms: Jones Day and Winston & Strawn. 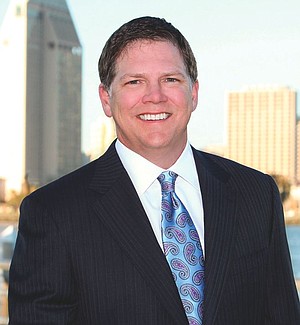 There are two major prongs to the April suit, filed by San Diego lawyers Gary Aguirre and Daniel Gilleon. First, Michelon describes in detail Sempra’s alleged Mexican accounting abuses that he believed had a “high risk of concealing actual bribes to foreign government officials,” in violation of the Foreign Corrupt Practices Act of 1977. 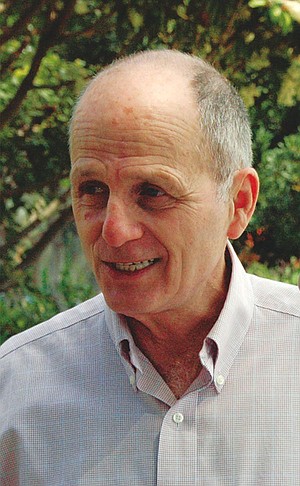 For example, in August of 2007, Michelon got an urgent request to approve a payment of $84,000 to a construction company that would build a fire station in Tijuana. The station was inaugurated in 2007 and soon abandoned. The whole thing “was a ruse to channel funds to government officials employed by the City of Tijuana,” says the suit.

And in 2006, Sempra wanted a piece of land next to its proposed liquefied natural gas plant at Costa Azul, near Ensenada. “Sempra concocted a sham transaction to purchase the land from another purported owner who had died two years earlier,” charges the suit. There was a family living on the property. Under instructions from Sempra, Michelon withdrew the equivalent of $16,000 in pesos for a so-called bond for the Mexican prosecutor’s office, as a first step in evicting the family, according to the suit. Shortly, the family was ousted and the house leveled by a bulldozer driven by a Sempra employee, according to the suit.

In 2010, a Mexican court declared that the family was the rightful owner of the land. That same year, a federal judge in San Diego dismissed the family’s American suit against Sempra, claiming that the charges should be aimed at the Mexican government, not Sempra. Michelon, convinced that the incident smacked of bribery, wanted more information from his employer. Sempra’s private security force escorted him off the property, generating his 2010 suit. Sempra claims Michelon was a “disgruntled employee” trying to “extract money from the company.”

Sempra complained to Michelon’s supervisors in 2006 that his accounting staff was obstructing a $5 million payment to a so-called charitable trust established for Ensenada. Michelon was suspicious. The suit notes that Interfor, an international investigative firm, reported that Sempra was making payoffs to get approvals for the Ensenada operation, and some of the money may have landed in the offshore tax and secrecy havens of the Cayman Islands and Switzerland.

The second prong of the April suit describes how the SEC and FBI allegedly let Sempra’s law firms do the purported digging. The securities agency has a program to “outsource” whistle-blowing complaints originating within major banks and corporations to law firms that will be paid by those entities, says the suit. This is inherently contradictory, because law firms “are obligated to act as zealous advocates of their clients’ interests,” says the suit. So how could those law firms do anything but exonerate their clients?

The FBI refuses to comment. Although he won’t comment specifically on any investigations, a spokesman for the SEC claims, “Our enforcement division does not rely on any company’s internal review, but conducts its own investigations.” But Aguirre and Gilleon produced emails showing that the agencies met repeatedly with Jones Day. The lawyers couldn’t find anything suggesting that either agency interviewed Mexicans.

I question the securities agency’s statement. For some time, in certain circumstances, the SEC has encouraged corporate self-regulation and self-investigation under a precedent set by Seaboard Corporation 11 years ago. The Seaboard precedent was used by the securities agency to let board members of San Diego’s fraud-pockmarked Peregrine Systems off the hook.

In November of 2010, Aguirre attended a conference of securities attorneys in New York City. Congress had recently passed the Dodd-Frank Act, which made sweeping changes in financial regulations. The act would give monetary rewards to whistle-blowers who provide original information to regulators, including the SEC. Many lawyers were concerned about abuses.

The head of enforcement of the securities agency reassured the lawyers. “We’ll have a separate office of the whistle-blower, which will in all likelihood sit in our office of market intelligence, the group that currently handles tips, complaints, and referrals, and…I am sure that it will not be uncommon in the appropriate case to contact the company and indicate that we have received this and have them undertake at least the same kind of initial review that they would currently do.… And then, we’ll analyze and evaluate that effort…and if we feel that it’s been thorough and complete and honest and candid, the likelihood of us independently conducting that review is lessened. (Italics mine.)

In bureaucratese, the securities agency is admitting it does permit companies to do their own investigations. That is probably what happened with Sempra and the charges about Mexican briberies. Now it is up to the court to force the SEC and FBI to cough up more information about this so-called self-regulation. ■

There might be an axiom here that fits. If you do business in Mexico, you must bribe many people and agencies; otherwise no business gets done. That's one reason for suspicion about the south-of-the-border generation plants that will feed power into the Sunrise Power Link. Many San Diegans claim that the Sunrise link has virtually nothing to do with bringing power into the SDGE service area, and everything to do with taking cheap power generated in Baja through the county to feed it into the grid to the north (at a fat profit.)

You make good points, Visduh, that have never been adequately investigated. The whole project raises many, many questions. And these questions should, in turn, raise more questions about the ethics of Sempra/SDGE management -- something that I have questioned for many years. This is a utility whose predations should be put under a microscope, and whose promiscuous use of the advertising dollar may keep local media from undergoing the task in earnest.

Many people will say that companies have to pay bribes to do business in Mexico and a lot of other countries. In the May 14 issue of the New Yorker, the consistently excellent columnist James Surowiecki makes a sound case that the U.S. should not tolerate foreign bribery by its companies. I suspect that the U.S. government is consciously looking the other way despite the laws on its books. This San Diego lawsuit may shed light on that. Best, Don Bauder

The Foreign Corrupt Practices Act guards against that being used as an excuse...it basically says that if an American corp does something that would be considered corrupt/illegal if done in the US, it IS illegal even if the corp does it abroad.

And I agree with that. If a company can't do something in the U.S., it shouldn't be able to do it abroad. However, it appears that regulators are looking the other way on foreign bribery. This lawsuit should shed some light on that. Best, Don Bauder

I don’t see Aguirre going very far with this. If Sempra had paid bribes to Mexican officials, it would have paid them indirectly by paying inflated costs for construction materials. The Mexican vendors who supplied the construction materials at inflated prices would in turn grease the officials. Some of the Mexican vendors who supplied materials probably included the payoffs in their bids. I suspect that Sempra officials never overtly offered a bribe to anyone: It didn’t have to. Sempra knew the vendors would take care of the payoffs. Aguirre will never be able to link Sempra directly to a bribe. He will not find a Sempra cancelled check paid to a Mexican official. I don’t know how he will prove his case in court.

The case filed in April is against the SEC and FBI for not providing sufficient materials under FOIA. The matter of the alleged bribes is part of the case filed in 2010 by Gilleon. That case alleges possible briberies that were also indirect. Best, Don Bauder