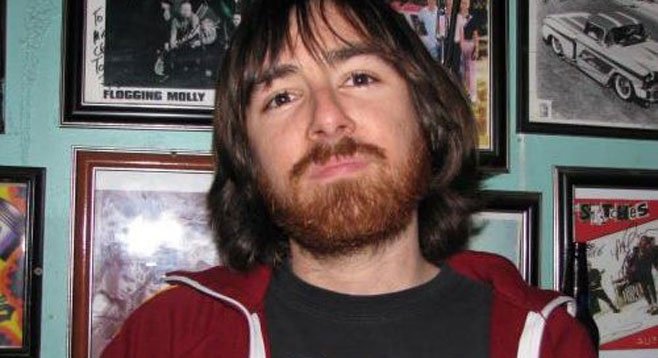 “I’ve been wanting to play this music since I learned how to play guitar and was listening to my uncle Jarrod’s punk bands. I was only 13,” says former Atoms/Watusis bassist Branden Parish, whose new band Sculpins debuts April 6 at the Ken Club. “We’re old-school punk with a pop sensibility and, hopefully, a modern-day edge.”

Parish, now on guitar, recruited the aforementioned punk uncle, Jarrod Monday, to play drums. “He’s eight years older than me and from old local bands like Too Far Gone and 39 Dead.” Parish’s cousin, Adam Gomez (Ragdoll City), is manning the mic. “Jarrod and I have known Adam our whole lives, and his uncle eventually ended up marrying my mother, Lisa Gomez, who’s an active punk promoter for online blogs and radio stations. Thanks to her, I’ve been listening to punk music since I was born.” The band is filled out by bassist Cody Nathaniel.

Citing influences such as NOFX, the Misfits, Circle Jerks, Bad Religion, and Black Flag, Parish says their own band name was chosen somewhat randomly, shortly after convening. “We were drinking Ballast Point’s Sculpin India Pale Ales at practice, and I remembered my uncle and I always used to catch sculpin ocean fish on family fishing trips. We know how badass of a fish they are, so we went with Sculpins.”

His former band, the Watusis (known as the Atoms until early 2010), has undergone other lineup changes and will soldier on. “We’re are all still really good friends. Joey Ugalde is now the drummer for Northern Tigers. Joey and the old keyboardist Kaitlin Mattick are working on the new Watusis project. Frank Mindingall is the bass player for Northern Tigers and the Beaters, and Derek Butler is now playing bass for Heavy Hawaii.”

In 2010, Parish (aka Brand-O) cofounded Shiva Trash, with whom he played keyboards, as well as launching a solo career under the name Comely. “Shiva Trash is still a band, but I quit in order to concentrate on this new project. We’re still close and will be playing plenty of shows together.”

The April 6 Ken Club bill includes local bands Oddball and the Last Years, as well as Section 242 from San Bernardino. “Only three dollars to see four good punk bands, one of them named after a badass fish, on a Friday night. That’s cheaper than a fish taco.”