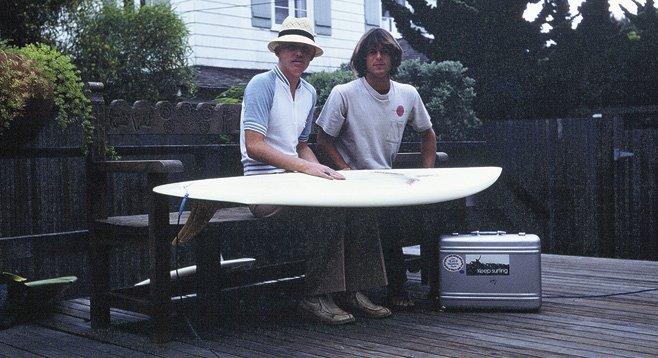 The meteoric rise and fall of a local wave-rider

Surfing photographer Kirk Lee Aeder, who has lived in Hawaii since 1985, talked recently about the subject of his new book, Child of the Storm. The 306-page book, from Mutual Publishing in Honolulu, is an account of the meteoric career of Chris O’Rourke, a promising young La Jolla surfer of the 1970s. The author and O’Rourke grew up together, friends from the last few months of sixth grade until the end of O’Rourke’s life. In 1981, at the age of 22, O’Rourke died of Hodgkin’s lymphoma. But not before he rode an anger that did not always confine itself to attacking the waves. By age 14, writes Aeder, 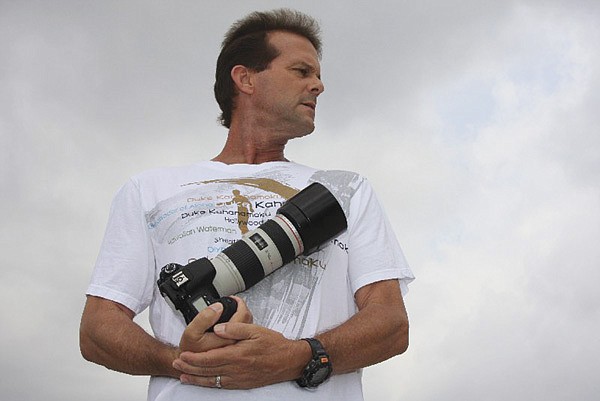 The older guys also initiated the kid into the sport, right?

Chris, being estranged from his father, looked up to some of the older surfers at Windansea. He was the new kid in school, with a lot of attitude, and didn’t talk to most of us. I got to know him when I saw him surfing at La Jolla Shores. He was already pretty good, and that’s what caught my attention. He was then working up the nerve to paddle out at Windansea. La Jolla Shores is one thing. The waves break over sand and are gentler than Windansea, which has a reef break. Chris was still intimidated by that.

You talk early in the book about the O’Rourkes having to flee New Jersey to escape people coming after his father for money he owed. It took a number of moves before they settled permanently in La Jolla.

And the moving around caused a rift between the dad and Chris, who didn’t understand why they kept having to move.

What made O’Rourke such a good surfer? What was his style? 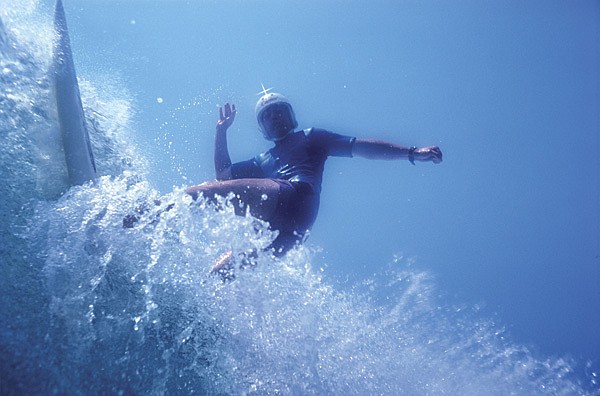 He loved the ocean, and he found in it the arena where he could unleash his anger as well as find pleasure. And he was good at almost everything he did. He was pretty much a bulldog, a daredevil.

An older surfer, who admired Chris, once told him, “You’re the most radical smooth guy I’ve ever seen.” Radical maneuvers, but flailing about, arms all over the place, that bothered Chris. A lot of California surfers at that time had a herky-jerky thing going on. But Chris liked Gerry Lopez, the famous surfer from Hawaii, who was so smooth. Like choreography on the water.

You’ve been describing to me maneuvers like cutbacks, “off-the-lip,” and riding inside the tube. Judges today look for a series of radical maneuvers combined with smoothness, right?

Exactly. But in Chris’s day, the criteria were a crapshoot. What one judge thought was good, another wasn’t scoring very high. The sport was developing. These days, the judges are professional, and they’re all looking for the same thing.

Guys today surf like Chris did, not that there weren’t other radical smooth guys around the world then too, Australians, Hawaians, and South Africans. But when he was 16, Chris was the undisputed king of competitive surfing in California, having excelled in many contests.

O’Rourke seemed to want to be on the waves every minute of the day. What is it that can make someone so obsessive about surfing?

It’s not just the sport of surfing, but the ocean provides an aura, that mystery you experience when you’re around it. You’re in the ocean defying odds. You may have to deal with predators, like sharks and barracuda, and then the waves can be extremely powerful.

Surfing is an escape into another world. You can become a completely different person, get away from troubles, ride the wave and feel the freedom.  And you always feel you can do better. It’s not like golf, where the ball is clearly in the hole. It’s very subjective.

And there’s ego. Chris liked to show off, and surfing gave him the chance.

Cancer did not stop O’Rourke from surfing, which continued after he had part of his skull removed.

Chris was diagnosed with Hodgkin’s lymphoma in April 1977 [when he was 18]. The first year he had the cancer, they took out part of his spleen. His surfing didn’t diminish at all during that first 8 to 12 months. Then, in January of 1978, a few weeks after his son was born to Jill, his future wife, they found a tumor in his brain. About two or three months passed, and he wanted to go surfing more than anything else. The situation forced him to wear a helmet for protection. He used my ice hockey helmet at first.

Smoking pot helped with the nausea from chemotherapy. I was often amazed that he was so full of energy.  When I lived with him and Jill for about eight months, it didn’t work all the time. He’d get a treatment and be violently ill and stay in the bathroom for hours throwing up.

Having a friend like O’Rourke didn’t hurt your photography career, did it?

I had the best guy on the West Coast sitting next to me in high school class. If I was going to get anywhere, this was the guy who was going to take me. Then he thought, “This guy’s shooting surf photos” and that it would help him to get into the surfing magazines.

Why did you write the book, especially after so many years?

It took me ten years to write it. It’s fun to wonder how far he could have gone. All we can do is speculate. It’s the same with how he got cancer. My inspiration for writing the book was I just couldn’t let his story die.

The Reader featured a cover story on Chris O'Rourke back in the late 1970s, titled "A Bump on the Head Could Kill Chris O'Rourke." Here is an excerpt that was published on July 30, 2008:

"Local homeowners and their families know all about the prestige of living near the foot of Nautilus Street. Here is the spot where you catch the best waves — a spot out beyond the surf line that is hardly larger than a living room. Perhaps two dozen surfers, little more, can crowd together where a big wave peaks before it crumbles toward shore. And so the locals stick together, harassing the outsiders who drive in from other parts of the county, sometimes from Los Angeles and Santa Cruz, sometimes from other coastal states." — “A BUMP ON THE HEAD COULD KILL CHRIS O’ROURKE,” Joe Applegate, August 3, 1978

A Bump on the Head