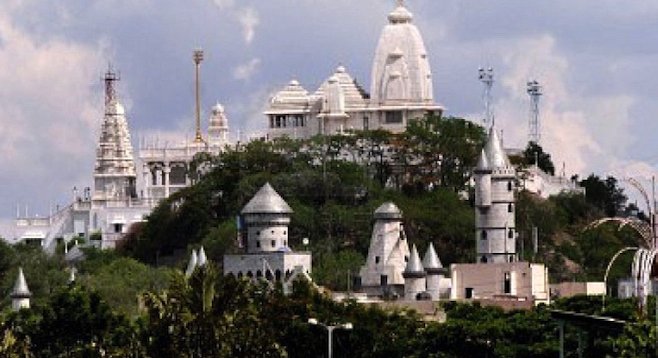 Hyderabad: A Taste of Southern India

Hyderabad, India, located in the southern state of Andhra Pradesh, is a juxtaposition of old and new unlike any other city in India and often overlooked as a tourism destination.

The 400-year-old Cyberabad district with sites such as 13th-century Golconda Fort and the iconic Charminar monument in Hyderabad’s Old City is as alluring as destinations such as Agra and Jaipur. Most visitors don’t make it out of the city a few miles north to the Moula-Ali shrine. The 20-minute climb to the shrine offers a panoramic view of Hyderabad. On your way back into town, stop at the tombs and gardens of Mah Laqa Bai.

When you visit the towering buildings and paved streets of Cyberabad, you end up at InOrbit Mall. This 800,000-square-foot behemoth with a mix of Indian and Western retailers is one of the largest in the country.

Skip the standard guidebook suggestion of catching the Sound and Light Show at Golconda Fort and head to the Taramati Baradari, the beautiful pavilion not far from the fort built for the favorite mistress of a 17th-century Golconda king.

Surrounding the four minarets of the 16th-century Charminar monument – one of South India’s most recognizable landmarks – is the 400-year-old Old City. Nearby is the 200-year-old Chowmahalla Palace where the Nizam rulers held court. The structure is modeled after the Shah’s palace in Tehran and offers a glimpse into the lifestyle of Muslim rulers, including a 1912 restored Rolls-Royce Silver Ghost and Belgian glass chandeliers.

Get a taste of the Hyderabad nightlife by heading to the hip Park Hotel. The Sicca Bar in the hotel is reminiscent of an old-fashioned gentleman’s club and offers nearly 20 kinds of Scotch. Then make your way over to the two adjacent nightclubs for dancing: Carbon with its retro feel, and the Kismet with its glass tunnel leading to a 10,000-square-foot gold and black interior complete with Bollywood, house and Western pop music.

Seal your visit with delicious memories of Hyderabad through a meal of biryani – a mix of rice, spices, meat, egg or vegetables. There are endless eateries for biryani, but the no-frills restaurant Hotel Shadab (21 High Court Road) surpasses the competition. Andhra food has a reputation as the spiciest in India, and Southern Spice in Banjara Hills is a favorite local standby.

A guide and car and is recommended for seeing the city, and we used a local company, Detour Tours, which offers private excursions.

The caption for the photograph is incorrect. This is the famous Birla temple and yes you can have good view of the Tank Bund and the nearby hotspots.