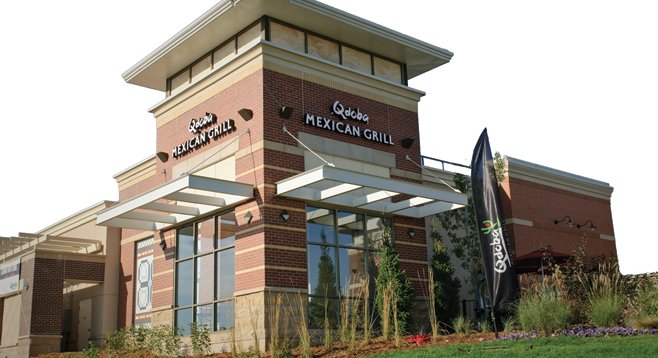 Should Jack-in-the-Box stay in Mexican foods?

For example, the Qdoba food chain acquired in 2003

Gulp. An American icon, fast food, has a bellyache. In October, once-invincible McDonald’s reported that monthly sales in United States units open for a year (called same-store sales) declined for the first time since 2003. November same-store sales rebounded, but Wall Street is still nervous. Chipotle Mexican Grill, whose same-store sales once routinely zoomed more than 10 percent, reported only a 5 percent gain in the third quarter. Chipotle’s stock, which soared close to $450 in halcyon days, has has dropped back into the $270s, where it still appears a mite bubbly.

The National Restaurant Association has a restaurant performance index that monitors the pulse of the industry. The survey released November 30 was the worst in 14 months. Only 40 percent of restaurants said their same-store sales had grown the previous month. Most restaurants said traffic had declined in October. Fast-food restaurants were particularly vulnerable.

San Diego’s iconic Jack in the Box reflects industry indigestion. In its fourth quarter, earnings per share dropped to 39 cents from 50 cents in the same period a year earlier. Revenue fell 2.5 percent from the comparable quarter last year. “Jack in the Box whiffed on revenues and missed [Wall Street analysts’] estimates on earnings per share,” says Seth Jayson of the Motley Fool, and other analysts exhibited signs of unhappiness. However, the company’s actual performance was much better than earnings, which were affected by complicated technical factors. 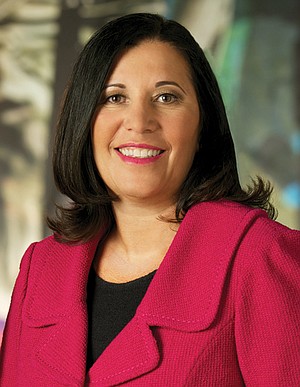 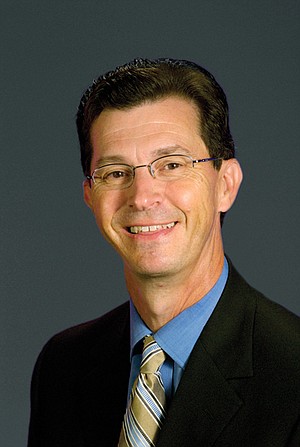 Jack in the Box has 2200 fast-food sandwich/hamburger shops in 21 states. That business started in 1951 with a drive-through operation on El Cajon Boulevard. One current problem has been that 42 percent of Jack outlets are in California, whose economy has been anemic (although some say it is now picking up). Jack also owns 600 Qdoba Mexican Grill fast casual restaurants in 42 states. That business was purchased in 2003. (There is one Qdoba in Temecula and will likely be one at the San Diego International Airport next year.) This is Jack’s second try at Mexican restaurants. It bought Chi-Chi’s in 1988 but eventually got rid of it.

Jack is committed to Qdoba, but recent results have not been impressive. Same-store sales rose only 0.4 percent in the fourth quarter — less than the company had predicted. Qdoba’s chief executive, who had been on the job for 14 years, is on the way out the door, and the corporate parent is aggressively looking for a new big enchilada. Jack has moved a real estate expert from the San Diego headquarters to Qdoba. Linda Lang, Jack’s chief executive, admitted in a phone conversation with analysts November 20 that Qdoba lost momentum as it searched for a new advertising agency, which it found in August. Of course, the economy remained weak, and Qdoba had probably been too aggressive raising prices. That hurt traffic.

The average ticket at Qdoba is now $10.28. As far as I can determine (the company won’t talk), the average at Chipotle, Qdoba’s primary competitor, is $10.96. Some analysts say that Qdoba is “the poor man’s Chipotle,” but the price differential hardly seems that wide.

While Qdoba is stumbling along, Jack in the Box sandwich/hamburger restaurants are doing better than other fast-food operations. In the fourth quarter, same-store sales at company-owned Jack outlets were up 3.1 percent — the eighth straight quarter of such gains. This was during a period of a weak economy. Traffic was up 1.2 percent, and the average check was up 1.9 percent in the fourth quarter. So Jack has been whipping McDonald’s on a same-store basis. Of course, the far larger McDonald’s is hurt by its overseas operations, and Jack has no foreign exposure, but McDonald’s is also suffering domestically. Boo-hoo.

On a two-year basis at company-owned Jack in the Box outlets, same-store sales are up 9 percent and traffic is up almost 10 percent. Such results make fast-food competitors green with envy.

Executive vice president Jerry Rebel expects same-store sales at both Jack and Qdoba to rise 2 to 3 percent next year. But some analysts wonder if Qdoba can achieve such results.

Sean Williams of Motley Fool is disturbed that the company will open 20 to 25 Jack outlets next year while it opens 70 to 85 Qdoba restaurants. “Personally, I feel this ratio should be reversed, as this could be [Jack’s] chance to beat McDonald’s at their own game with fresh menu items,” says Williams.

Joseph Buckley of Bank of America Merrill Lynch is disappointed with Qdoba’s performance. In fact, Buckley thinks Jack in the Box would be wiser to spend its capital buying back its own stock rather than pouring money into Qdoba.

(Jack spokesman Brian Luscomb points out that Jack’s board authorized a $100 million stock buyback program in November of last year and is only halfway through the program. Recently, the board okayed another $100 million buyback plan that expires in November 2014.) Of course, Wall Street always wants more stock buybacks because they inflate earnings per share and, generally, the stock price.

Jack’s chief executive Lang is not dissuaded by Wall Street sniping. She told analysts in the November phone call that the company will employ the same approach to boosting sales and traffic that it has at Jack in the Box. Qdoba should jack up revenue by accelerating its catering business, such as providing food at graduations and Cinco de Mayo celebrations. Qdoba is now looking for a national catering director.

“The [Qdoba] brand is very, very strong, and it’s just a matter of communicating the brand,” Lang told the analysts. They didn’t appear to be swallowing her story. ■

"Communicating the brand" might be a tad easier if they gave the business a name that was actually pronounceable. Qdoba? No comprendo.

Also, these fluctuations in sales are all attributed to changes the company makes to menu, price, etc., But I wonder how much of their sales are affected by what else is opening in the neighborhood. For example, Hillcrest has seen five (so-called gourmet) hamburger joints open within the last year. I think everyone is now eating more hamburgers than ever but the stores might be seeing mediocre sales because there are so many for the consumer to choose from.

JavaJoe: Qdoba's name was changed a couple of times before the chain became Qdoba. The other names were better, in my judgment. Best, Don Bauder

Yeah, I've never heard of that chain before, and in my travels have no recollection of ever seeing one. And yet, there are 600 of them? A few years ago, Jack tried out a new test sort of Mexican joint in their location at Balboa and Convoy, which was called, I think, Monterey Jack's. But that didn't take off and what happened to that gangbusters spot is not clear. Then, didn't they decide to change all the Jack's to that name, "Monterey Jack's?" But then that didn't happen, certainly not in this area. I'm getting confused, but that goes with the aging process, and it doesn't really matter to me what that outfit calls itself.

"but that goes with the aging process, and it doesn't really matter to me what that outfit calls itself"....reminds me of what we (the gang) called them back in the late Sixties: "Gag in the Bag"', and/or "Hack in the Sack".

Duhbya: I was in my late 20s and early 30s in the 1960s, and I don't remember Gag in the Bag or Hack in the Sack. It seems to me we had similar pejoratives for McDonald's then. Best, Don Bauder

I never heard of nor thought of any for Mickey D's. I should point out that the "gang" included Peterson's wayward son, Cris, who went on to achieve greater glory in the skies.

Duhbya: If memory serves me right, in Madison, Wisconsin in the late 1950s, one could get three hamburgers, fries, and a milk shake at McDonald's for $1.25. Best, Don Bauder

Visduh: I do not recall the Monterey Jack's test location. However, good restaurant chains market-test new products and new concepts all the time, as you know from your many years in marketing. Best, Don Bauder

Qdoba is doing poorly because the food tastes like cardboard. There's virtually no cheese in the product. Customers don't want to eat Mexican food unless its loaded with fat and dripping with cheese.

Burwell: Before writing the column I talked with a couple of people who had gone to Qdoba outlets. They did not have positive views. That was an anecdotal, non-scientific test, of course. Best, Don Bauder

This company deserves no better than to pass quietly from the scene. They are not in the business of delivering quality, healthful food; they are, and always have been, in the business of making money--nothing else matters to the sleazy ones.

Jacques-off En-ze-Box" if I recall the 60's correctly. And a hopeless little twit shall lead them?

Twister: Actually, the Jack in the Box sandwich outlets are doing very well -- better than other fast food chains, including the big ones. The question is whether Qdoba has a bright future. Best, Don Bauder