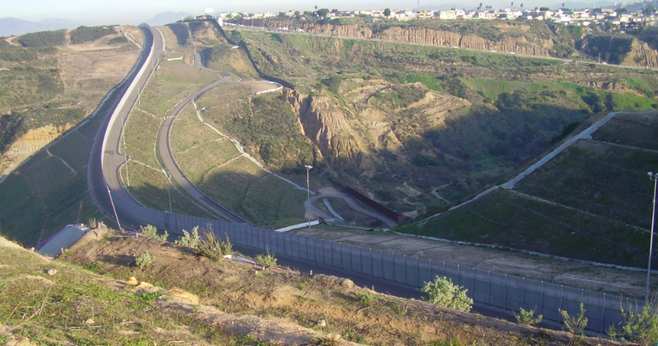 On Tuesday, December 4, the federal government agreed to pay $7 million to the county parks, state parks, and California Coastal Conservancy for land that was condemned in order to build additional layers of border fencing between the International Boundary Water Commission sewage-treatment plant and Goat Canyon.

Among the land taken from the county was a strip through Smuggler's Gulch, which was built up so the Border Patrol could put a road through. The suit, filed in 2006, was long and contentious, including a pitched battle over testimony by competing appraisers. The highest valuation came in at over $35 million, while the government initially proposed compensation at well under $1 million.

The court fight over the land does not include additional land taken from Border Field State Park, including part of the top of Bunker Hill; that court battle continues.

Neither the state nor county have stated what they will do with the money.

right. Land next to the busiest border crossing in the world, next to the Pacific Ocean and in an ideal climate should not have a value, is that what you are saying? The Fed's got a great deal, get over it.

I hope the money stays in making those parks more accessible - the county has done a great job of improving and creating trails in the Tijuana River County Park there. That Smuggler's Gulch project involved the wholesale destruction of endangered habitat but it also made our area a lot safer.