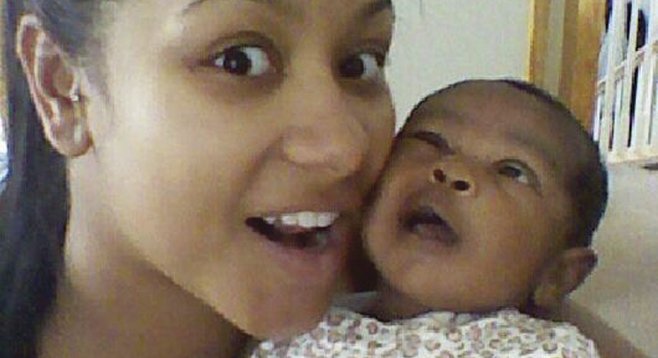 Concussions trump guns in the NFL

You have read or seen reports about Kansas City Chiefs linebacker Javon Belcher, 25, shooting his girlfriend, Kasandra Michelle Perkins, 22, unto death, and then driving over to the Chiefs’ practice facility and scattering his brains to the wind in front of general manager Scott Pioli, head coach Romeo Crennel, and defensive coordinator Gary Gibbs.

Friends called the dead woman Kasi. She grew up in North Texas, finished high school in Austin, and moved to Kansas City three years ago. She began dating Belcher in February 2010. Perkins had been a student at Blue River Community College in nearby Independence, with an eye on becoming a school teacher. On September 11, 2012, she gave birth to a baby girl, Zoey Michelle Belcher.

When she met Belcher he was already a successful NFL player. Belcher signed with the Chiefs as an undrafted free agent in March 2009. He played on special teams at first but quickly moved up to starting left inside linebacker. He signed a one-year contract extension ($1.927 million) last March and played 11 games this year.

Belcher was a college graduate, graduated from the University of Maine in 2008 with a degree in — this is surreal — child development and family relations. Predictably, the media has been sympathetic to Belcher’s memory, sounding a chorus of, “It’s a tragedy.”

USA Today ran a story: “Chiefs try to move on as Jovan Belcher memories linger.” The story ran 24 hours after Belcher murdered his girlfriend and himself. It was picked up and published by, literally, hundreds of newspapers and websites.

Deadspin reports that Kasi was at a concert with friends that night and went for drinks afterward. She returned home around 1:00 a.m. and Belcher murdered her at 7:50 a.m. In between they had an argument; perhaps they argued all night.

There are stories that the couple had just gotten back together, that Kasi had threatened to pack up her daughter, move out, and sue for child support, that Belcher drank every day, took pain medications, and the-this and the-that. It sounds like people being people until Saturday morning and then it becomes something else altogether.

The New York Post reports that Belcher shot Kasandra nine times. That’s a world away from a one-shot murder.

Retrieving another gun, Belcher drove over to the Chiefs’ practice facility. A security guard sees the gun and calls the cops. Media accounts made a big deal out of Belcher thanking the Chiefs general manager, head coach, and defensive coordinator for the opportunity to make it in the NFL.

What a polite young man. Then Belcher puts a gun to his head and pulls the trigger, leaving that image with the three men who made him a millionaire.

This is not a nice guy. This is a guy who is settling scores, leaving behind a pain, for those who were closest to him, that will never heal.

It took two minutes for the media to deal with Kasandra. Javon took a couple of days. Now comes the money part.

The NFL is terrified about all the brain-concussion class-action lawsuits coming their way. Bad PR, for sure; millions, maybe billions of out-of-pocket dollars. It’s so bad that Chiefs chairman and CEO Clark Hunt said Belcher was “a player who had not had a long concussion history.” It’s not that this is a weasel lawyer sentence, which it is, it’s that the team’s CEO felt called upon to tap down any talk about brain concussions.

Follows is a measure of how freaked the NFL is. The league is running a commercial about what a great job they’re doing with brain concussions. Here it is, as described by the Baltimore Sun: “...the new NFL concussion awareness commercial. In it, a mother watering the plants on her porch tells New England quarterback Tom Brady that her little boy loves playing football, and she asks what the National Football League is doing to make the game safer.

“Mr. Brady hands off to a game official, who talks about rule changes, and then to a doctor, who says the league and the Players Association have donated $100 million to brain injury research.”

Great job, Patrick, exposing the rank hypocrisy of powerful institutions, including the media, who utterly distort the truth to serve their narrow purposes.

If you lived here in San Diego you would experience it in the realms of politics, land development, sports, education, energy and water production.