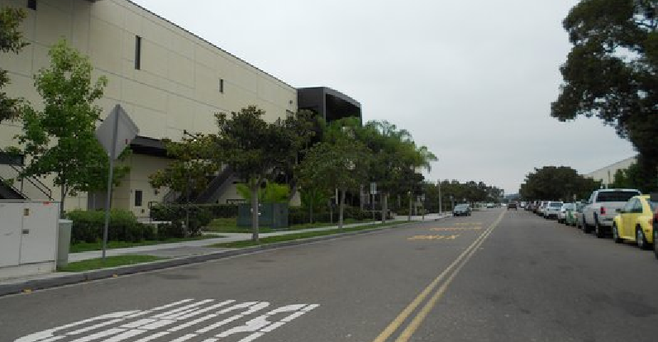 Following the recent crisis in which the Rock Church was in peril of losing their Liberty Station operating permit, congregants received via email the church’s official reply to the fiasco.

Chief operations officer Mark Stevens said, "As some of you have heard, this week [August 22], Mayor Jerry Sanders issued a response on behalf of the City to the Grand Jury, validating what we already knew to be true, which is that the our CUP (Conditional Use Permit) was issued appropriately.

“Mayor Sanders also disagreed with the Grand Jury conclusion recommending suspension of our CUP, saying it ‘will not be implemented because it is not warranted or reasonable.’ After reviewing the report, it was clear to us that the findings made by the Grand Jury were based on an incomplete review, incorrect information, and faulty conclusions. As a result, we believed, the recommendation to suspend our CUP was without merit.

“Our CUP was issued in 2005, following a lengthy public approval process that strictly analyzed the appropriate land-use plans and potential traffic impacts. We’re very pleased, but not surprised, with the City’s response to the Grand Jury report. As the Mayor said in his letter to the Grand Jury, the Rock Church is a compatible use with the Liberty Station land-use plans."

Stevens goes on to remind parishioners of the need to be mindful of "local residents and retail customers" and to make every good effort to "live harmoniously together in our neighborhood."  To be good neighbors, "please remember to use the approved parking lots, drive carefully, and be courteous to our neighbors."

"Drive carefully", Yeah, that will happen. Like every other cult, after drinking the coolaid they are forgiven the rotten things they did all week and drive out with eyes blinded by the light, ready to go to their eternal rewards. Just watch the "courteous drivers" roll out of Horizon on Mt. Alifan. DANGER WILL ROBINSON!!"

Mayor Jerry Sanders issued a response on behalf of the City to the Grand Jury, validating what we already knew to be true, which is that the our CUP (Conditional Use Permit) was issued appropriately.

Not being familiar with the details in the case, I would guess that the question is not whether the permit was issued appropriately, but whether the church is impacting the area appropriately under the conditions of the permit. I don't think so. But I also don't think it matters a damn because that church has so much money, nobody objects for long. The Lord knows where to apply the grease; his will be done; and yada, yada, yada, followed by abracadabra. This may be confusing to you, but the half-wits see it all clearly. They believe in magic. I just feel sorry for the poor saps who paid big money for the condos there. They sure as hell did not see this coming. Rock on! and pass the plate for Jesus.

Captain Obvious... your observations are true of people everywhere, not just those leaving the Rock Church. I see this at Target, Home Depot, schools and churches everywhere. It is not really a relevant argument. JavaJoe.... the "poor saps" who paid big money for the condos in Liberty Station also purchased 2 car garages. They have the option to use them. When you live in an urban area, street parking is not guaranteed. Try visiting Boston, New York or Philadelphia to see what city parking is really like. Personally I live 3 blocks from the Rock (I am not a member) and I have NEVER had a problem finding street parking. This tells me that no one should have to park more than a few blocks away (if they choose not to use their garage). I find it hard to feel sorry for them. You may not believe in their religion (and frankly I don't either), but I find them to be very respectful neighbors. In fact, I have experienced more traffic and parking issues due to the High Tech High traffic patterns. Should we try to shut down the schools too? I think a little restraint, patience, acceptance and understanding are in order.