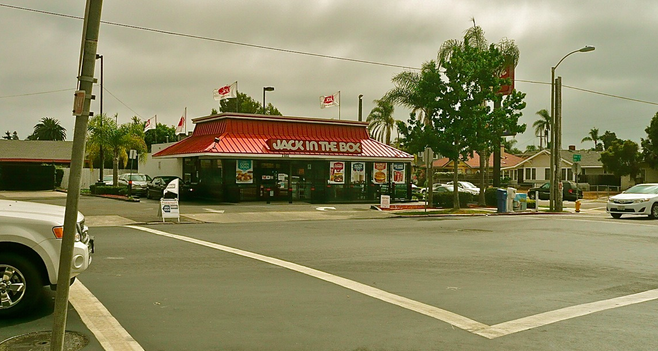 The San Diego Planning Commission voted on August 23 to deny the demolition and reconstruction of the Jack in the Box at 2959 Upas Street in North Park.

The corporation sought to "demolish an existing restaurant and construct a new, approximately 2178-square-foot restaurant with deviations including: operation of a drive-through window, hours of operation, elimination of a pedestrian path of travel, reduced parking, off-setting planes and landscape,” according to item eight on the commission’s agenda.

The project had been discussed for over two years, with the North Park Planning Committee voting twice unanimously to deny the project. The project would have rerouted traffic through the residential neighborhood on Dale Street and then required cars to exit the drive-through into an unimproved narrow alley, rather than the existing entrance and exit off of Upas Street. The narrow, 15-foot-wide, unimproved alley is also used by residents and local businesses.

Robert Berry presented a PowerPoint presentation highlighting the ways that the proposed project was in conflict with the Community Plan. According to Berry, current zoning does not allow for operation of a drive-through window; delivery trucks would have been forced to block a residential street since they could not navigate the drive-through entrance; cars waiting to order and/or pick up their food could also block Dale Street; and cleaning and building servicing hours would be done late at night, likely affecting nearby residents.

Then North Park Mainstreet (the area’s business improvement district) spoke against approving the project since it was in conflict with North Park's business design guidelines. Specifically, it would have created a problem for nearby businesses due to the redirection of vehicular traffic, removed pedestrian paths, reduced the required amount of landscaping, and increased the footprint of the building by reducing the amount of onsite parking.

The North Park Residential Improvement District also spoke against the project on the grounds that it would have created unsafe traffic flow and shifted business traffic into residential streets.

There is already a new Jack in the Box on El Cajon Blvd., near 30th. Customers can go there easily enough for their Jumbo Jack fix.

Jack closed and moved out of a store in the Clairemont Diane Center this month. It was open for 30 years. No notice to area residents and no one can (will?) say why. Just another vacant neighborhood eyesore now. Also saw reports of four recent SDPD prostitution arrests in the area. 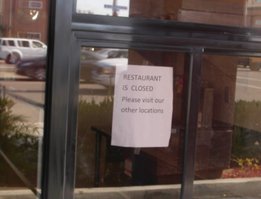 Jack moved out and the prostitutes are moving in..

Score one for the little guy! Everybody that helped our neighborhod prevail over this inappropriate plan should be very proud, and know that you have our sincere gratitude! This is classic proof that there is power in numbers, and every voice does count.

Kudos to the Planning Commission for getting this one completely right!

A great day for the neighborhood, and for all of North Park!

Hit the road, Jack! And don'cha come back no more no more!