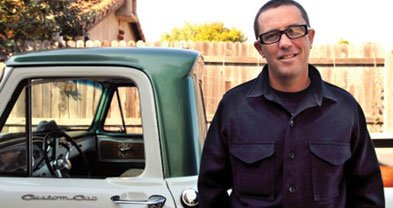 The Elephant Has Landed

Four years after he launched Hensley’s Flying Elephant, pro skateboarder-turned-accordionist (Flogging Molly) Matt Hensley has sold the music venue he built from scratch. “I had help from friends. We built the entire pub.” The artwork that Hensley collected “since I was a kid” was taken off the walls a few months ago.

Although many regulars still call it Hensley’s, the music venue/pub at I-5 and Tamarack Avenue is now officially known as the Flying Elephant (the name of a Chicago-based scooter club that Hensley started).

“When I opened it, I had plenty of friends ask me why I was doing it. This friend of mine who owns the Blank Club in San Jose told me I should have gotten a smaller place, that I shouldn’t serve food. He said I was in way over my head and that whatever I do, I shouldn’t do this.”

Hensley admits that his friend was right.

“I was always pretty strong-headed. I always had the tenacity to get things done.” But the huge payroll and the heartaches of owning a bar/restaurant were too much.

“One time I was on tour in Germany and I got a phone call at 4:30 in the morning. It was a patron who said she got terrible service so she left the waitress, like, five dimes. The waitress grabbed the dimes and threw them at her. I take things personally. I drank, like, two bottles of wine and watched the sun come up. It was very depressing.... I had to fire people. I’m so terrible at that. That’s not my gig. I’m more interested in ‘What time do we start playing music?’”

When he opened Hensley’s, he left Flogging Molly for about a year. “I left because I had so much guilt that I spent so much time on the road away from my son [Oliver, 13]. But when the bar opened, I never saw the kid. I was at the bar until 4 o’clock every [morning] picking up vomit or dealing with hardships. When you’re the owner, you’re the last guy to go.”

Hensley decided he missed Flogging Molly too much, so he rejoined the band and tried to run the bar and go on tour.

“The exact moment that I decided to sell the bar, we were in Chicago playing the Congress Theater. When I woke up, my whole right arm was paralyzed. I was in pain and I couldn’t move my fingers. I had these weird bumps on my hand. I’ve skated with a broken leg before, but you can’t play accordion when your right arm doesn’t work. The rock doctor said, ‘How old are you?’ I told him 36. He said there is no way someone my age should be this worn down. He said, ‘Whatever you’re doing, stop,’ or I’d be dead in four years. I had shingles. My immune system was shot.”

Hensley is proud of what he did.

“The place previous to mine was [a music venue/bar] called Squid Joe’s. It was considered a shithole. I live down the street. It’s my neighborhood. It sounds naive, but I wanted to take a negative and turn it into a positive.”

When he ran the place, Hensley would regularly play with local and touring Irish bands, including members of the Pogues. “Exene came in and played a solo show. I got to hang out with Exene in the office.”

Hensley leaves November 1 for a six-week European tour. It will be Flogging Molly’s fifth European tour this year.