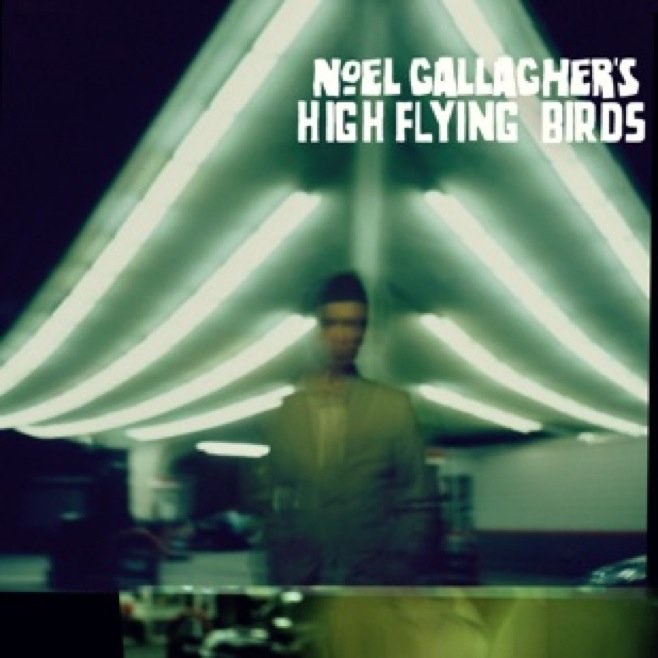 Ex-Oasis guitarist/songwriter Noel Gallagher returns shooting from the lip with his solo debut. Already a U.K. number one and outselling Liam's Beady Eye by two to one, the elder brother appears to be on top in their sibling rivalry.

The record kicks off in style with "Everybody's on the Run," a rock anthem along the same snorted lines of "Champagne Supernova." With grand orchestration, it paints a blue landscape as Gallagher sings, "You gotta be strong enough for love." In no way is he trying to distance himself from his past, as lead single "If I Had A Gun..." is hewn from the same stone as "Wonderwall," and "The Death of You and Me" is very similar to "The Importance of Being Idle."

It's no secret that "Stop the Clocks," the record's finale, is a leftover from Gallagher's Oasis days, but as he rightly states, "It was too good to let fall by the wayside." It's an introspective soul-searcher that hears Gallagher cry, "What if I'm already dead, how would I know?" In spite of its bizarre coda, "Clocks" is an engaging song. "(I Wanna Live in a Dream in My) Record Machine" builds from a slow acoustic number to a thumping rocker. Unsurprisingly, he isn't trying to break any musical boundaries; as ever, Gallagher evokes the classic English songwriting of the Beatles and Ray Davies.

Some might say otherwise, but the elder Gallagher's voice is hard work to listen to for an entire album; on that note, he needs his little brother. What both Noel and Liam don't realize is that their respective projects miss the swagger and guttersnipe charm of their previous band. While the world may not need another Oasis record, the brother Gallagher's sound as if they could do with one.