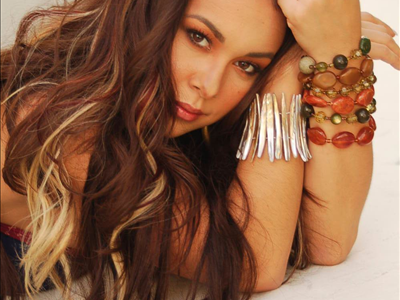 Scribe Amidst the Lions will debut their EP The Lidless Kind on July 1 at the Casbah. “This one was completely recorded, produced, and mixed by the band at our own Controls for the Sun Studio,” says bandleader Kris Towne. “We’ll also do a digital package on flashdrive and DVD, with music videos, high quality audio waves, photos, lyrics, and behind-the-scenes video footage.”

Also on July 1, Astra Kelly releases her Timebomb EP at Soda Bar. “It’ll be the first time my band has included live keys on stage,” says Kelly, who recruited keyboardist Ryan Morse and string player Marta Blalock Zaludova (Transfer, Republic of Letters) to back her up. “I’ll also have my broken record artwork on display, made from vinyl-album remnants.” Endoxi, Gayle Skidmore, and Erika Davies are also on the bill. “I plan on getting all the musicians up to the stage with me for one surprising classic cover tune.”

Former Veronica Mars cast member Amber Ojeda, currently a contestant on the Bravo TV talent contest Platinum Hit, wants to release her Space Bar Love album this summer. However, she tells the Reader, “I’m on hold right now from the TV show producers from publicizing the album.” The show finale has already been filmed, though the winner remains a secret until the final episode airs. “After that, I’ll have all kinds of things happening,” says Ojeda.

Grant Clarkson's CD release party for Dearly Beloved happens July 7 at Dizzy's. "The album is basically acoustic trio jazz standards. Richard Sellers, Sky Ladd and I had done a lot of gigs together as a trio and talked about recording for awhile. I pulled it together in part to test acoustic recording of the upright bass, before recording an album of original compositions later this year."

Also, Spider Fever will release their Cave Punk 7" on July 21 at the Casbah.

Sultry jazz singer Rebecca Jade (Siren's Crush) will have the release party for her debut album The Jade Element at Anthology on July 8.

Heavy Guilt's record release party for their new full-length In the Blood (CD and vinyl) happens Saturday, July 16, at The Glashaus on 1815 Main Street. The all-ages show will include Low Volts, Gun Runner, and Black Sands.