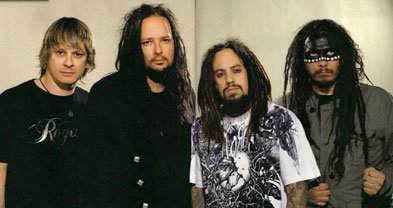 “Korn got signed out of that club,” recalls Tim Hall about the days he booked bands at Dream Street. “We had them play there, like, 13 times. A bidding war over who got to sign them happened at Dream Street.” Hall now owns and books Jack Rabbits, a 300-seat showcase venue in Jacksonville, Florida. But back in 1990–’91, he would bring the Deftones, Sublime, and Candlebox to the Ocean Beach nightspot. “We had Jewel open for Combustible Edison.”

On Monday night, Dream Street talent-buyer Drew McDaniel posted on the bar’s website that the venue was finished. Neither McDaniel nor bar owner Billy Savino was available for comment. Shelby Wickersheim, who owns and operates a Pacific Beach hair salon, has taken over the business and the liquor license and will rename the Bacon Street bar Mothers Ocean Beach. She did not return a request for comment.

Over the years, Dream Street has relied on pay-to-play arrangements with its bands or outside promoters.

“When we played there, they gave us tickets to sell,” said Brandon Turner, leader of the band Mean Dinosaur. “We sold more than 50 [at $5 each]. We had to give all the money to the promoters, and none of the other bands brought anybody.” Was Turner surprised about the end of Dream Street? “It was just a matter of time.”

Others question if it’s a good time to be in the live-band business. “This was a tough year for us,” says Brick by Brick principal owner Max Paul. “The live-music industry is tough. I know of very few places across the country that are doing well.... You have to weather the storm.”

When Hall did shows at Dream Street, he was partners with soundman Chris Haney. Haney now owns the Kadan in North Park, where he relies on DJs to draw and entertain crowds.

“The noise-violation laws turn me off from doing live music,” says Haney, who recently sold off Radio Room (now Eleven) in Normal Heights. “I could spend all my money on a great sound system, but the complaints could put me out of business.”