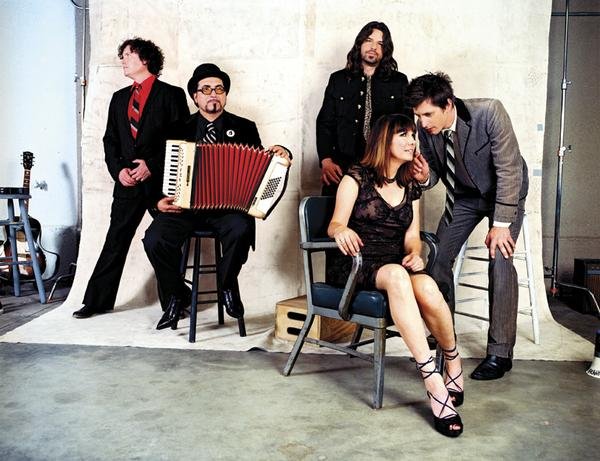 A genealogy of Dead Rock West and its crew of hard-/punk-/folk-rock collaborators would gobble twice the space allotted for this emission. To the (momentary) point: since 2003, Frank Lee Drennen and Cindy Wasserman have often found the golden mean with John Doe and Exene Cervenka (X/the Knitters), who are featured on the new DRW album, Bright Morning Stars. As does Americana aficionado and seminal power-pop player Peter Case; keyboardist Phil Parlapiano, who helped Social Distortion sharpen its edge; and San Diego Music Awards’ “best hard rock” designee Charlie McRee of Lord Howler, with his buddy Jack Reynolds and the Truckee Brothers’ Chris Hoffee, plumped up DRW’s recent U.K. tour.

I ask McRee about the U.K. junket.

“I was drumming and singing backing vocals. The road is usually amazingly great in England, in no small part due to the cask-conditioned ales. The difference between these suds and their American craft beer counterparts is their low alcohol content and lack of pasteurization. The beers taste of fresh ingredients and live yeast. The result is surprisingly intoxicating and delicious.

Cindy says everyone got sick but you?

“Five dates in, at Tingewick Village Hall, a ferocious bout of gastroenteritis snaps Frankie up into its vile hand and doesn’t let go for the remainder of the tour. He’s forced offstage, mid-tune, to shower the back sink in blasts of terrifying-looking vomit. Shortly thereafter, Cindy, Jack, and Chris get milder versions, but they soldier through as best they can. Frank is essentially down for the count, and they’ve rented gear, and plane fare, and are paying side guys — you understand? This is a disaster — but the show must go on.

“We rely on Frank for cues on tempo and mood, and it’s a near-40-song set list. Of those, Cindy sings lead on perhaps 10. The first night we barely squeeze in a set long enough to get paid. How are we going to carry this off? There’s no time for Chris to learn Frank’s guitar parts; he’s been playing atmospheric effects and dobro and such — and now he’s the sole harmonic instrument. Jack and me figure out which of Frank’s tunes we can sing lead on with Cindy and cobble together a list that’s approximately 50 minutes long. We’ve been contracted to play an hour and a half each night...

“But the patrons tell us it’s wonderful, and we only miss two gigs, one of which would have been a five-hour slog to Glasgow.”

Charlie, Jack, and Chris aren't on the new album - that sentence (at the end of the first paragraph) somehow got merged with the one before, so that it looks as if they are. Charlie, Jack and Chris played on the recent U.K. tour.