Coming back from Point Reyes, in no hurry, and decide to turn left toward the Sacramento River delta. As river meets greater San Francisco Bay at Carquinez Strait, there lies the unincorporated town of Crockett, a novelty, a place that looks like Pennsylvania in 1935. Built on the bottom of a steep hillside, home to depression-era storefronts and houses, a company town of 3000 residents, dominated by the ancient, red brick and smokestack C&H Sugar refinery.

From downtown continue east on Pomona Street and you’ll transition to a narrow, two-lane road running along the ridge line into open country. A few miles on you’ll see a sign that says, “Bull Valley Staging Area,” and a steep driveway going down to the river.

The driveway ends, 750 feet down and a half mile in, at a small park with two picnic tables and a backyard-sized grassy patch set next to railroad tracks. On the other side of the tracks lies Eckley Pier. Opened in the late ’90s, it’s a concrete pier with wind shelters, a fish-cleaning area, and fresh water.

There’s something about piers. Fishing piers seem romantic to me. Humphrey Bogart, trench coat, fog, night, a dame hanging on your arm. What does this image mean? It means I haven’t spent time on fishing piers.

Two men are fishing off the pier. I walk out and say hello. Robert Eichel, 51, has black/gray hair, ruddy face, and a pot belly. He’s dressed in a red and black wool shirt, jeans, and tennis shoes. I ask, “Can you catch enough fish to make a difference in your grocery bill?”

Eichel says, “No, you’d starve. Don’t get me wrong, if you got to keep a sturgeon that’s 55 inches or something like that, you can get a lot of nice meals out of it. That meat is real good. But, you’re only allowed to have three [white sturgeons] a year now. Used to be one-a-day.”

“There’s no license requirement to fish off a pier in California, right?”

“There’s no license to fish on the pier,” Eichel says, “but as soon as you get off the pier and fish, you’ll get in trouble if you don’t have a license. You have to bring fish up on the pier. And it has to be documented. They have something called a Sturgeon Card. You’ve got to fill out what little ones you catch, and when you catch a big one.

“You can’t take nothing home unless you brought it up on the pier. Off the pier, that’s when they get you. The (Department of Fish and Game) guy sits right up there in his car,” Eichel points to the top of the ridge, “and watches everything.”

I ask, “Do you have a fishing license?”

The second man, standing ten feet away from us, calls out, “No.”

Eichel says, very quietly, “I didn’t get one this year yet.”

“I would just lift it up,” Eichel says. “That guy,” nods in the direction of the other fisherman, “has a round net, a crab net. You could get a fish from that. I have a snare, like a noose, that you put down over your line, around the fish, and then pull it up.” Silence. “I’ve actually got a pier gaff, which you’re not supposed to use. Three hooks. Ever seen one of those?”

Eichel takes me behind the wind barrier, unzips a small duffle bag, pulls out an object wrapped inside of a towel, unwraps the towel like a drug dealer unpacking a brick of cocaine, and shows me a three-hooks gaff. He says, “You try and put that in their gills instead of their body.”

Here’s the obvious question, “Do you have problems with fish and game cops?”

“If they get a report, somebody doing something, they’ll come out here for that, and while there at it they might check and see if you’ve caught any fish. If you’re out here and you’ve been out here for a while and you bring in a fish that’s 8 and a half, 9 feet long, 200 pounds, drag him on the shore, take some pictures, and then the evil comes out. That’s because you don’t have none at home. You spend a lot of time out here fishing, next thing you know there are three guys trying to wedge this big fish into the trunk of the car.”

“How did that work out for you?”

“We got away. But, I think when you get away with doing something wrong like that, nothing good is going to come back to you. We don’t do that no more.” 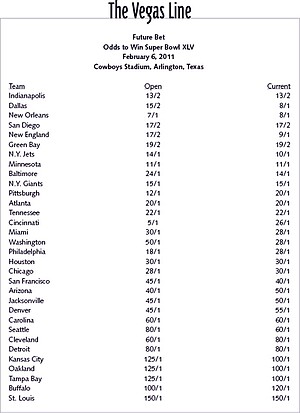