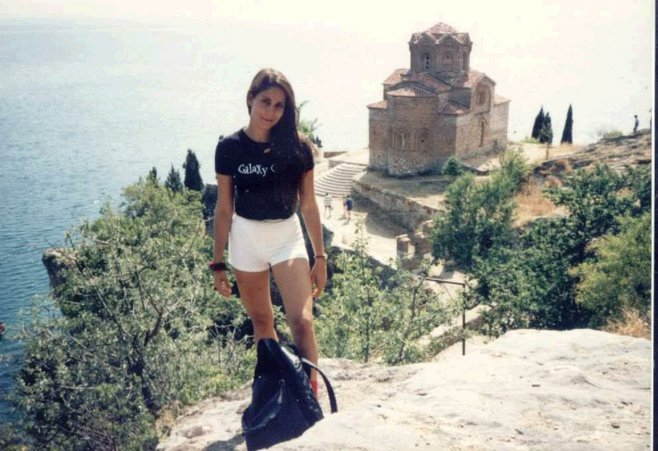 A Visit to Macedonia

Macedonia, a small southeastern European country of roughly two million inhabitants and formerly part of Yugoslavia, is a fairly exotic destination sure to impress art, nature and history lovers.

Located on the beautiful Sar Mountain in northwest Macedonia, Popova Sapka is one of the country’s most popular winter ski resorts, but it also offers scenic hiking and nature adventures during the summer. It‘s just 35 kilometers (22 mi.) from the capital, Skopje. There’s an excellent ski environment and hotel accommodations in Popova Sapka, but I preferred the more traditional huts maintained by local hiking and sports clubs.

In Skopje, the country’s capital, I enjoyed a lively local soccer match filled with spectators dancing and singing, took part in the city’s “water games,” organized by a local TV station, and even joined a local swim team for their morning practices.

The trip to Ohrid was one of the highlights of my stay in Macedonia. The city itself is gorgeous – architecture is characterized by upper floors that jut out over lower ones, creating interesting shades at sunset.

Besides an idyllic boat ride across the lake and an evening spent exploring the town, I had the chance to participate in the annual Ohrid Lake Swimming Marathon. All the swimmers enjoyed star treatment from the organizers, and it was an enjoyable event.

I also visited a few of the monasteries around the lake, like the one featured in the 1995 Macedonian film Before the Rain. The monastery of St. Naum is located on the southeast side of Lake Ohrid, in the immediate vicinity of the Macedonian-Albanian border.

Famous for its dazzling floor mosaics, ancient theater and Roman baths, Heraclea is the most vividly preserved city from the Ancient Macedonian empire surviving in the country. Founded in the 4th century B.C. and conquered by the Romans two centuries later, it was built on the Via Egnatia and became one of the key stations on this trading route. Its mosaics portray vines and peacocks, fountains with gushing water, and stags, hinds and birds drinking from the spring of life.

In addition to these breathtaking sites, including small villages perched high on seemingly unreachable mountaintops, there’s a vigorous tradition of wood carving in Macedonia. Entire altars and magnificent frescoes in medieval monasteries are carved from wood in this fascinating culture that withstood centuries of Turkish domination.

More pictures of you, in shorts, would be appreciated. :)

A. Gracia. She's a goddess. *performance.