The question is, why would anyone invest in a professional football league? Why not put your savings into transistor radios? By way of an answer, let me introduce the 2010 United Football League (UFL).

You say, “UFL, so what.” Well, other than the NFL, they are the only professional, outdoor, fall season, nationally televised football league we’ve got. True, they’re televised on Versus, HDNet, and that powerhouse up-and-comer New England Sports Network, but that’s enough to reach a national audience. The UFL plays in the fall. They are a professional league: players earn $50,000 for an eight-week season, more if they play in their championship game.

The UFL season opens in the midst of the college football season, the NFL season, baseball playoffs and World Series, start of the NBA season, start of the NHL season, finish of NASCAR Sprint Cup...in other words, the UFL competes with every big-time sport the country has to offer. Big-time sports don’t seem to notice.

investors are William Hambrecht, founder of WR Hambrecht + Company, an investment banking firm (he owns the Las Vegas franchise); Paul Pelosi, husband and manservant to Nancy Pelosi (speaker of the House of Representatives) and owner of venture capital firm Financial Leasing Services (and the Sacramento franchise); and Bill Mayer, founder of Park Avenue Equity (he owns the Hartford franchise). Then, there is Silicon Valley boy Zach Nelson, owner of NetSuite (and front man for the Omaha franchise). Finally, the league owns the Florida franchise. I’m counting three investment bankers owning three teams in a five-team league. Another owner is a business buddy, and nobody owns the fifth franchise. The league is creepy with investment bankers.

Many believe the UFL was put in place on the cheap (last year the league had one general manager for all four teams) with the sole purpose to be in place when the NFL locks out its players in 2011. That lockout is very likely to happen, by the way.

It’s hard (well, impossible, really) to imagine the UFL would have the muscle to buy up enough players and establish enough franchises to threaten NFL World if the lockout comes to pass. The UFL will get some shake if the NFL goes dark, but that begs the question, how long are you willing to watch Philip Rivers quarterback the Laredo Border Patrolmen?

This year they’ve moved two teams to smaller, non-NFL markets (San Francisco to Sacramento, New York to Hartford) and added an expansion team in Omaha. Las Vegas and Orlando franchises stayed put. (The league has granted a conditional franchise for a team in Norfolk, Virginia, and it’s scheduled to play next year.)

In 2009, the UFL was able to sign well-known NFL coaches, which may tell us more about NFL coaches than we want to know. There were a few bottom-feeding NFL players on UFL rosters (I’m thinking of J.P. Losman and Tim Rattay). This year, Daunte Culpepper and Jeff Garcia are the big ex-NFL names.

What surprised me most last year was the quality of play. Even a sub-low-budget-mini-season-pro-league was able to prove — at least to me — that there are enough skilled players around to populate another NFL-type professional football league. I watched four or five games, attended two. The UFL is better than college football, better then CFL football, and better than the XFL ever was. This, on no money and bad publicity. Strange. 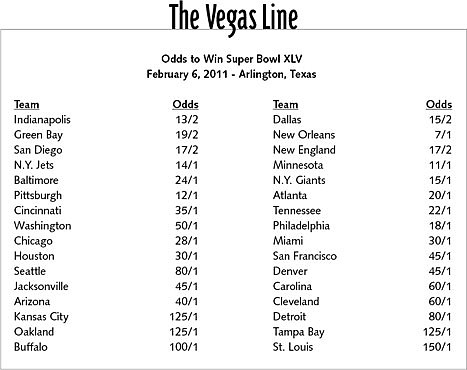 I'm curious - what leads you to believe that the UFL is actually trying to compete with the NFL? I didn't see it that way last year, and I certainly do not now. It's simply this: After the boys of summer are gone, what else is there on a Tuesday night?

People with money shoot craps. Sometimes they even make their roll. And even if they don't, apparently, their bankrolls can handle the loss. Meanwhile, it's football, right? Hookers and booze. They'd spend their money anyway on that sort of entertainment. And, you know, some people will actually gamble on these games, right? Some people actually bet on the Pro Bowl.