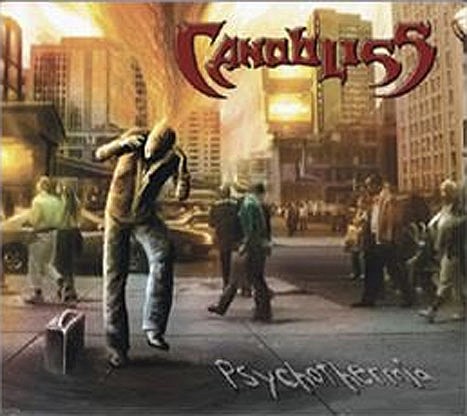 Canobliss, though billed as metal, doesn’t get there. Instead, the band provides a mix of melody, fuzzy guitars, and clashy drums on their newest album, Psychothermia.

Though undoubtedly influenced by heavy metal bands, Canobliss doesn’t fit the category. They’ve got more of a radio-ready sound than many straight-up hardcore metal acts and possess an undeniable pop edge — especially vocally. Borrowing from pop-punk bands such as Fall Out Boy and reggae-rock hybrid 311, many tracks have a soft edge to them.

Most of the time, the pop side shines more than the metal. The songs tend to be repetitive at their core, at least instrumentally, but lead singer Johan Maldonado’s vocals are where things get interesting. Youthful and at times haunting, it is often overpowered by the “metal,” and not allowed to stand on its own. On tracks like “Take Vics,” on the other hand, it is showcased, and the band even throws in a harmony for good measure.

Despite a sometimes bumpy merge of genres, Psychothermia is a good listen. Even though Canobliss lyrics can be over the top, offering such statements as “going to hang you like a velvet noose straight down from the sky” (as heard on the album’s title track), all the elements of a solid album are there.

These guys are awesome. It's nice when a band is talented and legitimately nice guys.