Mr. Sibley Will Be Here

The San Diego Bird Festival starts Thursday and continues through the weekend. Aforesaid bird gala can be found at the Marina Village Conference Center on Quivira Way.

If you’ve ever been interested in Bird World, this is the place to go for an introduction. There will be workshops on owls, woodpeckers, condors, bats, spring wildflowers, and, in the spirit of the times, blogging. There will be vendors hawking their wares, services, or causes. Guided trips will be offered at reasonable prices (Birding Along the Border, Hawk Alley, Baja Overnight, Palomar Mountain, San Diego River Estuary, Anza-Borrego Desert, and many more). Bird pros will be on hand to chat up.

And, best of all, there will be David Allen Sibley, the keynote speaker. He is the author and illustrator of the essential field guide, The Sibley Guide to Birds (Alfred A. Knopf, 544 pages, published October 2000). If you are a birder, it is only a small exaggeration to say you either own a copy or will own a copy.

The handout says he will talk about “...the pleasures and challenges of creating a field guide to birds. Accompanying his talk with slides,” Sibley will touch on “the struggle to combine the artistic and scientific aspects of bird identification into a single book.” As bonus, he’ll captain a birding trip (along the border) and teach a bird-drawing workshop.

It’s not only his 6600 illustrations of 810 North American bird species (in flight, by age, and sex) and their migration routes and breeding grounds, it’s exquisitely describing their calls, behavior, and plumage that makes Sibley’s book the gold standard for North American field guides.

And it’s the work of one guy.

That book took six years of writing and illustrating. Sibley says it took another six years of researching, working on his painting, and thinking about the book’s layout to bring it all home.

David Allen Sibley was born 47 years ago in Plattsburgh, New York. He was born into birding — his father, Fred Sibley, was an ornithologist at Yale University.

The family spent a short time in California. David was seven years old when his father took a job as director of the Point Reyes Bird Observatory. David got to hang out with serious birders and band birds, which meant holding birds, which meant getting to know them up close. Sibley began keeping a bird list. He’d already been drawing bird forms.

He is a birding star, as famous as it gets in Bird World. He is also a self-taught bird illustrator who lives in Concord, Massachusetts, with a wife and two kids.

To give you a sense of the man, follows are snippets from interviews he’s given over the years:

Hardest illustrations to paint? “The rarest and commonest! Most difficult were species I have never seen. At the other extreme, starlings and crows turned out very difficult to paint.”

On bird watching: “My style is definitely sitting and watching. Someone might organize a bird walk and ask me to lead it for one or two miles. Well, two hours might go by and we’d only be a quarter of a mile from where we started and have to turn around and go back to the car. I’m convinced that I see just as many birds as people who spend their time hiking. And by spending less time walking, I have more time for lifting my binoculars and looking at birds.”

Why birds? “I grew up and did most of my early bird watching in the East, where I experienced the excitement of seeing the seasons change, every week or every day bringing different birds. The same little patch of woods or marsh can suddenly be home to whole flocks of birds that weren’t there the day before.”

How he does what he does: “I spend a lot of time in the field studying how feather patterns merge to create an overall pattern, and how those patterns fit around the form of the bird. Try ‘stepping back’ the next time you’re looking at a bird, ignore the details of individual feathers and instead squint or allow your eyes to blur and look at the larger patterns of dark and light. At times I would go birding and look only at certain parts of birds: the way the wings fold over the tail, the way the neck feathers move, etc.”

What’s hardest to paint? “I struggle most with painting birds’ feet!” 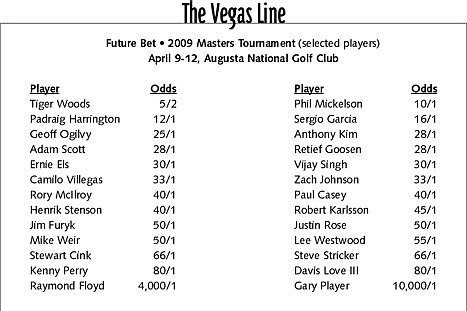