While it relies on electronic looping for accentuation, Ghostbird’s debut album is a worthy listen. The first track, “Toy Soldier,” is not the most attention-grabbing, but the second song, “Night Kills Day,” is more what an opener ought to be. The instrumentation here — and overall — is well-composed, blending light synths with rhythm guitar and steady drums that are featured in surprising solos.

The vocals can be tepid, verging on bubblegum production at times. Whatever distortion effect has been used to obscure the voice is unnecessary and distracting. At their best, Hancock and Cooper are alternately ethereal and driving; at their worst, droning.

The lyrics, too, are bumpy. “Used to be so bright, now it’s cold as morning light” is one example from “We’re OK,” a track on which the words are more distinguishable. The song, which is dark and haunting, is well put together, but the mediocre rhyme doesn’t do it justice.

The songs have similar arrangements and tend to blend one into the other. But there is a standout — the peppy “Caroline,” which is up-tempo jazz-pop, complete with an impressive piano solo. The song showcases the singer’s voice at its best and serves as a departure from the rest of the album’s electronically accented Postal Service affect. Though the track seems out of place, it is pleasantly so.

Ghostbird are obviously reaching for that “indie-pop” sound; whether or not they get there is up to the listener. 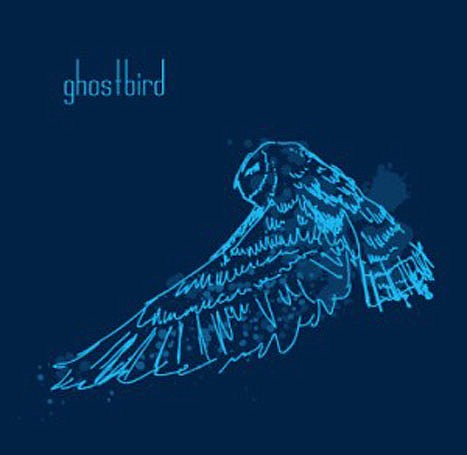