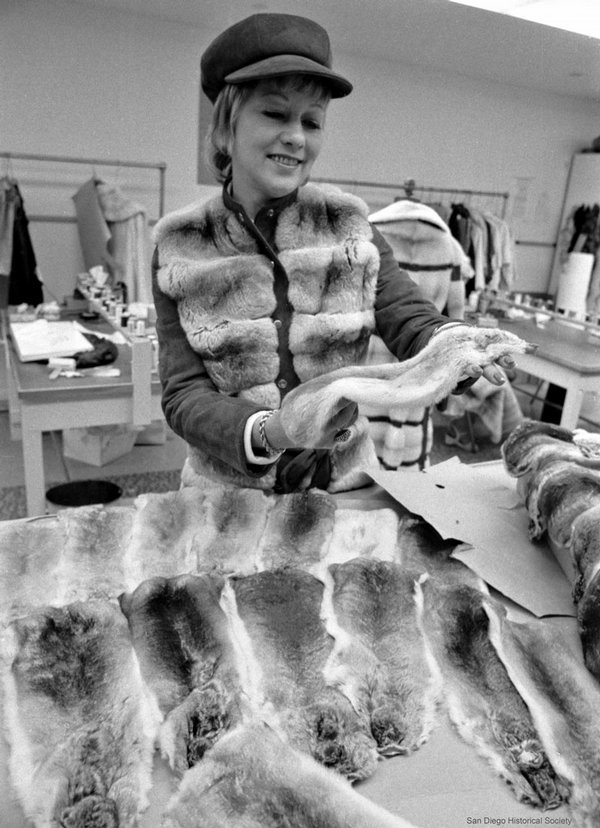 Virginia Casey with chinchilla pelts at Graf’s Firs, Fashion Valley, 1972. In 1940, the daily paper interviewed a local retired druggist who was raising chinchillas. By 1951, 200 San Diegans reportedly had chinchilla farms. A year later, breeders held their first annual chinchilla show in Balboa Park, including a queen with ten attendants. By 1975, a Fawnetta Pike was credited with establishing one of the largest ranches in the U.S., “providing furs for big name fashion designers here and abroad.”