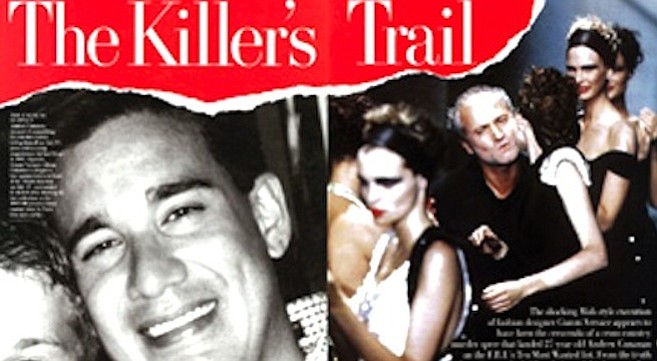 It's been ten years since the Miami murder of fashion designer Gianni Versace by Andrew Cunanan, the onetime San Diego gay party boy turned serial killer whose murderous saga transfixed the nation and terrorized Hillcrest in the spring and early summer of 1997. This year's July 15 anniversary inspired a big story in the New York Times but just a small "On this date in history" note in the Union-Tribune. 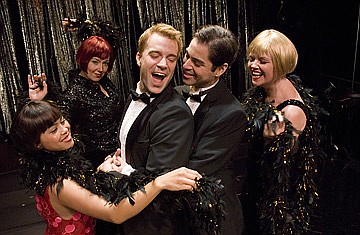 From Most Wanted production at La Jolla Playhouse, starring Daniel Torres as Cunanan.

The U-T, of course, never liked the story, taking months to fully report it, even after the national media jumped aboard as the body count grew. Maureen Orth, the Vanity Fair contributor who wrote 1999's best-selling Vulgar Favors, reported that Cunanan, a Bishop's School graduate, was seen at lavish parties thrown by David Copley at his "Foxhole" La Jolla mansion. Ironically, local playgoers will soon get plenty of Cunanan when Most Wanted premieres this coming October at the La Jolla Playhouse: "This musical theatre piece explores America's obsession with celebrity through the lens of the media frenzy surrounding a spree killer with an insatiable appetite for fame." Copley is not on the theater's published list of benefactors.