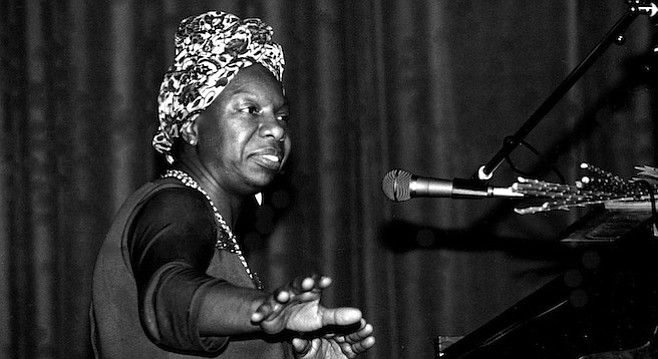 The Woes of a Woman in Love 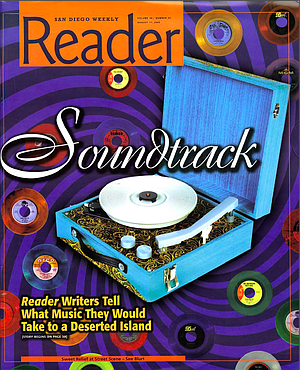 My hand paused before the mascara reached my lashes and I inhaled deeply — it was almost time. The mounting passion in her voice, off-key yet somehow harmonizing with the piano's crescendo, jerked me to my feet. With my arms spread wide and my eyes shut tight, I belted along, "That's how much I luhuhuove you, I...would go anywhere, anywhere you go, dun dun dun DUN, if you just say you wanted me too. What moooorrroooorrre can I say?!?" "Emotionally spent, I nodded with satisfaction and sat back down. I applied the mascara and wondered if I had disturbed any of my neighbors as they went about their morning routines. As I was coloring my lips with the latest rock-star endorsed shade from Mac, Nina Simone crooned to me about the woes of a woman in love with a married man. When she reached the line, "the other woman finds time to manicure her nails," I instinctively examined my own — they had been free of that tacky acrylic coating for almost a year. I systematically pressed the tip of each fingernail, from pinky to thumb.

The phone rang, shaking me from my inspection. I was reluctant to answer; Nina was only halfway into telling me how wild the wind was. My cheap stereo was just out of arm's reach, so I used the remote to momentarily hush the music (if I'd gotten up, I would have disturbed the makeup fortress I had built around me on the couch). I carefully reached outside the circle of shadows, brushes, and liners, each a stain waiting to happen, and managed to grab the cordless from my cluttered coffee table without incident.

"Yeah?" I said, checking my watch as I waited to find out who had interrupted my morning meditation with my makeup and Nina.

"Alright, so get this. Last night, after you left, I went with that guy Jay —

"Who's Jay?" I interrupted. I could have kicked myself for cutting her off because I didn't really care who Jay was or what my friend had done with him -- asking was a force of habit.

"Remember? The one who bought me a drink? Not the first guy on the rooftop, but the second one, downstairs."

"Right. That guy. So? What happened?" I didn't know that that was his name, but I knew exactly who she was talking about. The drink she'd earned for being cute was the reason I'd left the club.

It's not that I wasn't used to being passed over for one of my better-looking girlfriends -- it was the way he had dismissed me with such indifference, the same way one might shoo away a mangy dog on the street. And as I had made my way to the door, I couldn't help but notice the rows of plastic girls who averted their eyes and pretended to talk about the likelihood of rain in the next few days. In L.A., fat chicks are regarded with a pungent mixture of pity and disgust, and the sting of it had somehow broken through my armor.

As I half-listened to her explain how Jay wooed her back to his house in the hills, I sang the words to the next song in my head: This is the end of the line, how can I ever be fine, how helpless I've become, I feel like some discarded Valentine.

"Can you believe that? Isn't it crazy? He wants to take me! What am I gonna wear?" I suddenly realized she'd reached the end of her story and that I'd clearly missed the climax. Rather than ask her to repeat it, I jumped back in, picking up pieces on the way.

"Well, anything goes. Something with a splash of color," I suggested. Listen to me, I thought, offering help to the same person who has inadvertently assisted just about every guy who has crushed my hopes and my heart in this town. It wasn't her fault, though. She couldn't help it if men were drawn to her with the same magnitude of force that repelled them from me.

"You know what, babe, I'm gonna be late for work. Can we pick this up later? Maybe hang out tomorrow night or something?"

"Oh. Sure, no problem. But don't forget, because I really want to get your opinion on my ensemble." She said this last word with an exaggerated French accent — on-som-bluh.

I hung up the phone and glanced at the green leafy branches through the windows. A droplet of rain fell against the glass, quickly followed by many more.

"Driving to work will be a bitch," I said out loud.

We've reached the end of the line. I hope your dreams turn out fine. I'm awfully tired and so, I guess I'll go, although it's only nine, I finished in my head. With my phone already in hand, I called work and told them I wouldn't be making it in -- food poisoning, the easiest excuse in the book.

I carefully placed each piece of makeup back into the case, and said, "Alright, Nina. It's just you, me, and the rain. You tell me all about the color of your true love's hair, and I'll make us a cup of cocoa."

I Agree with you the Woes of the woman is the biggest concern of essayontime any thing because when women love to any one for example the children of the that women. The women can not compromise for his children. Very nice post you cover the whole idea about the woes of the women.

Her life is a true lesson for all the people in the world. The woes that she had gone through is unimaginable for a human being. I think she deserves a better life like all others. Worth reading. how to turn printer online