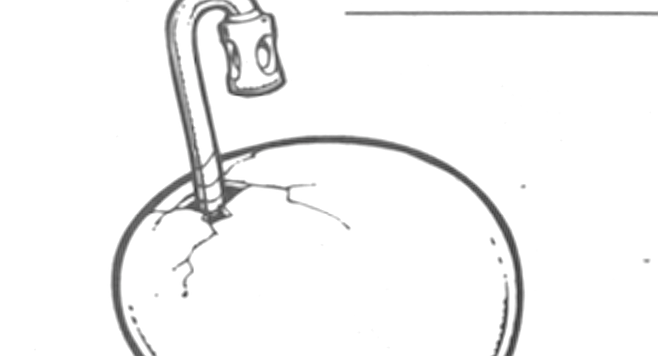 How chicks breathe inside their eggshells

Matmail: I was getting ready to cook up some eggs the other day, and I started wondering...how do the little chickens breathe inside the shells before they’ve hatched? It seems like a long time for them to hold their breath during the 21 days or so it takes for them to break out of the shell. — Rich, the Net

Let’s back up the truck, Rich. You’re already five miles down the wrong road on this one. The chicklet doesn’t drop out of the hen fully developed in the shell, then struggle for 21 days to get out. In fact it takes 21 days from the time it’s laid for the egg to develop from the fryable, yolk-and-white form into the cute, chirping, fuzzy yellow form. For the first two weeks outside the hen, the thing in the shell hardly even looks like a chick. But you’re right, the developing embryo does need oxygen. And I’m pleased to be the first to tell you that unhatched chicks (and other birds) breathe through their butts.

Around day four after the chicken lays an egg, the embryo develops a structure called an allantois (al- an-toys), a vein-filled sac that grows out of the back end of the bird’s digestive tract. It absorbs oxygen that comes in through the porous egg shell and also excretes wastes. The growing bird can hum along nicely, “breathing” this way until about two days before it hatches. At that time, it breaks the shell’s membrane lining and punctures that little air sac in the fat end of the egg. For a while, the chick breathes with both the air sac and the allantois. When hatch-time comes, it’s weaned itself off the allantois, which dries up and is left behind in the discarded shell.