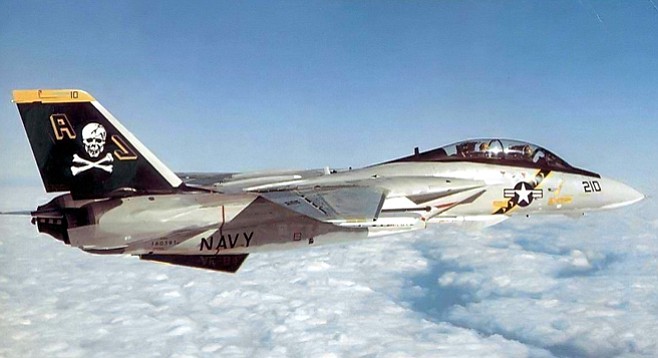 Oakley says the main difference between a fighter squadron and the other squadrons he’s been in is one of pace. “Here, everything we do is on the run.”

The dawn’s light is just beginning to angle through the mist to strike the cloud-colored F-14 fighter jet parked in a row in front of hangar three. The flight line at Miramar consists of 7 of the 14 jests belonging to the “Screaming Eagles” of VF-51, the oldest fighter squadron of continuous service in the Pacific. The jets loom in the half-light, with their canted, cloak like wings and their dual tail fins and their Cyclops canopies, dormant mechanical insects that have somehow molted out the Curtiss biplanes the squadron started with in 1927. A lone figure, the man on line watch who has been walking in circles around the planes since midnight moves slowly past the $35 million flying machines. All is quiet now, at 6:45 on a Tuesday morning. But not for long. 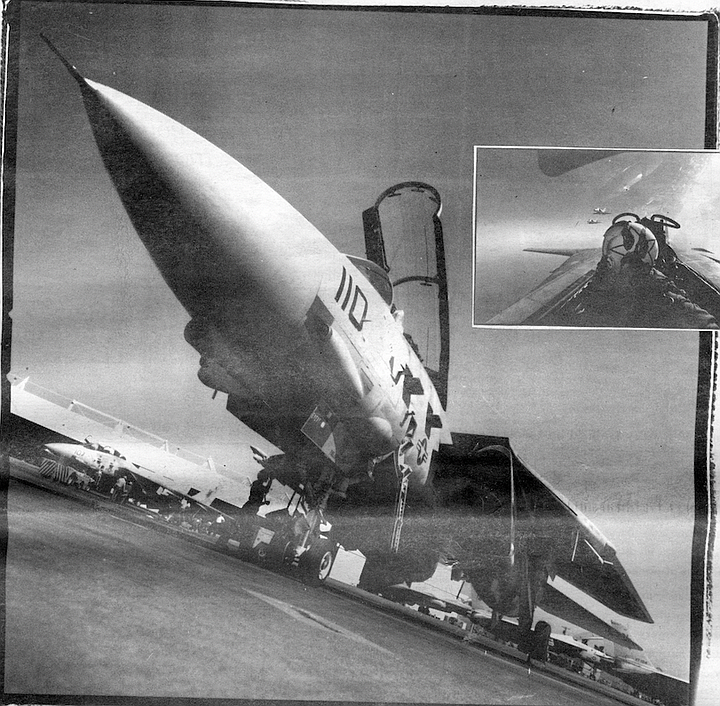 Inside the hangar, the 13 sailors on the day shift of VF-51’s line division are changing into their coveralls for another day of dirty work. The line division supervisor, Tony Gibbs, is checking on the posted plan of the day for the scheduled launch times of his airplanes. Gibbs, a 29-year-old first class petty officer, has charge of the biggest shop in the 250-man squadron: 26 sailors, most of them airmen, E-3s not long out of boot camp, about the lowest rank there is in the fleet. It’s also the youngest shop. Most of his charges are between 19 and 22. This where the plane captains work, the boys who have the most contact, on a daily basis, with the airplanes. It’s where the action and the danger is, especially on board ship, where their desk is the flight deck and their job is more perilous than a fighter pilot’s. “For young guys, the line is the place to be,” says Gibbs as his plane captains’ josh and grab ass and skylark. Here it is, 0-dark-30 in the morning, and the plane captains are behaving as if they’ve been up for hours.