After hearing that the county issues fewer marriage licenses each year — a decline that began in 1973 — I stopped by the downtown courthouse to see who is getting married these days, and why. 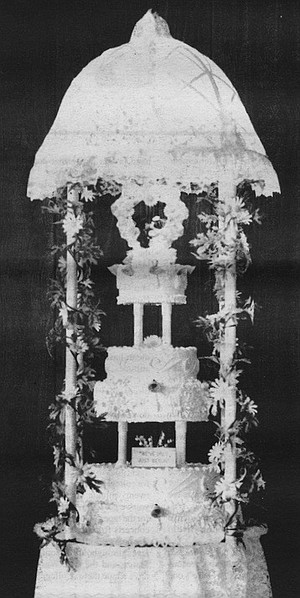 Randy said he loves Robin’s family. “They’re great. The Rock of Gibraltar. Religious, solid. Tell him about your family, Robin.’’

The survey was modest. I watched the side door of the county clerk’s office on the ground floor, where marriage licenses are issued for six dollars apiece on weekdays and eight dollars on Saturday, and waited for a couple who looked like they would soon be getting married. Sometimes they walked out the door holding hands, sometimes they were talking to each other. But invariably, one of them was holding a pumpkin-colored envelope in which a just-issued license had been inserted.

I introduced my self and asked why they were getting married.

“I’m a football coach. I’m getting married because the season just ended.’’

“My sister in Detroit is getting married, but I’m going to beat her to it.’’

“I was in a super mood after Animal House and I must have popped the question.’’

Sometimes the question “Why are you getting married?’’ seemed to take shape in the air. A couple gazed at the space in front of them. Neither of them spoke for a moment.

“I don’t know why,’’ said Wayne Hernandez, a twenty-six-year-old carpenter with blue eyes and a fantastic red beard. He looked at his fiancée, Marcia Weil.

“I’m getting married because she asked me to,’’ he said.

He laughed and swung his arm around her, but she twisted away. She was wearing a trim blue dress and aviator glasses, and, at thirty-one, is the mother of six-year-old Mark, the child of her first marriage.

“Actually,’’ she said, growing serious, “I would have been just as happy to go on living with Wayne, but when he got into the carpenter’s union, he was eligible to put us on his benefits.’’

“Health insurance and dental, ’’ he said.

“But he couldn’t do that unless we married and he made us his legal dependents. I sat down and figured it out. So, in a way, getting married was my idea, because I saw some advantages that couldn’t be denied. Mark loves Wayne so much that I thought of marrying just for his sake, although I’m no promoter of the married state. My first marriage was a total robbery, and I swore I’d stay single forever. I loved being single. I had incredible luck — I found a house for me and Mark in Pacific Beach, and there were benefits I had never expected. For example, Mark’s language skills are well developed, according to his first-grade teacher, and we think it’s because I spent so much time talking to him, as though he were an adult, when we were alone for years and I was going crazy. Before I met Wayne, about a year ago, I dated a lot, though I wasn’t looking for anyone. And even now, on the verge of getting married, I still feel as though I’m single. Probably because I don’t think of myself as a wife.’’

Half of the women interviewed (which was no impressive number: eight) resembled Marcia Weil. They had been married once before and had vowed not to marry again. Yet here they were, having stepped to the bureaucratic counter and filled out a license application labeled BRIDE.

In every case, these once-married women were brought back to marriage, they said, by financial security, or some financial advantage, and the assurance of having lived with their groom for a year or more. And in every case these women talked gravely of their upcoming marriage, to which they had evidently given more thought than their fiancés.

“We ’re getting married because we’re tired of lying to our landlord,’’ said Rick, 32, a Navy electrician. “We’ve been living together for almost a year, and been lying to the landlord from the start.’’

“And to our friends,’’ said Terry, 22, his fiancée. She is a Navy clerk, formerly married, and has straight blond hair and penciled eyebrows. Her figure and clothes are sleek. “We’re getting married for a lot of reasons,’’ she continued, repeating some things that Rick had said. “We’re both in the Navy, and our pay is supposed to go up when we’re married. The housing allowance is higher for married couples. Then there’s insurance, which is bound to go down. And then we won’t have to lie to my parents about living together. And what else? Oh, I guess the traditional reasons. We want to have a home and a family.’’

“Meaning children?’’ I asked. “Good lord, no! Not yet.’’ Only one couple talked with much candor about raising children, and they spoke of it solemnly, in very low voices. The rest of the time, though, they chatted with simplicity and warmth, and without a hint of self-consciousness or self-congratulation , as though they were talking about a favorite aunt and uncle, and not each other.

“We love traditionalism and are really going to carry it on,’’ said twenty-nine-year-old Randy, a marine biologist. His fiancée is Robin, who is also twenty-nine, and a fifth-grade teacher.

Randy said that some years ago he bought a thirty-foot trimaran, intending to sail it to the South Pacific. “Now we’re going to fly to the South Pacific on our second anniversary,’’ said Robin. “We both feel we’ve had our independence. Randy has his boat and I own a house. And we decided, at last, that we wanted something more than just our own independence.’’

Randy said he loves Robin’s family. “They’re great. The Rock of Gibraltar. Religious, solid. Tell him about your family, Robin.’’ She closed her eyes and silently shrugged. “Well,” Randy continued, “for twenty-three years straight they’ve had their Thanksgiving in the Yosemite Valley. And that’s where we’re going to be married on Sunday.’’

“In the Yosemite Community Chapel,” she added. “It’s near the Ahwahnee Hotel, and is 120 years old. The oldest structure in the valley. It’s been moved three times, and is still intact.’’

Randy said he feels drawn to Robin’s family since his own was broken. His mother married four times, his brother divorced twice. The divorce rate for San Diego is not exactly comparable to the decline in marriage licenses, but the raw figures show a 31 percent increase in the court filings for dissolution, annulment, and separation between fiscal 1973 and 1978, from 9071 to 11,903 respectively; while the number of marriage licenses issued between calendar 1973 and 1977 dropped 12 percent from 14,232 to 12,521 respectively.

Is romance losing ground? Apparently. But there is a dark horse in the running for total marriages in San Diego — an extremely dark horse that almost nobody can see. It concerns a law, enacted in 1971, that allows couples to marry without applying for a marriage license, or even taking a blood test. The law was intended to help unwedded parents make their children legitimate, without red tape or publicity. Whoever conducts the wedding simply mails in a form stating that the married couple live together as man and wife, and verifying that each is over eighteen. The form, once filed with the Superior Court, cannot be seen except by a judge’s order.

The upshot is that anybody can be married in this manner, avoiding the cost of a license and health certificate. But nobody knows how many people are wed in a so-called “confidential marriage,’’ nor whether their number matches the decline in the issuance of marriage licenses.

And here ends this story. The Wedding Bell Chapel at 3687 Fifth Avenue advertises “No Publicity’’ weddings, but when asked for an appointment and given an explanation as to my interest, the director said politely that “we simply can’t allow you to talk to our newlyweds. Nobody asks people why they get married.”