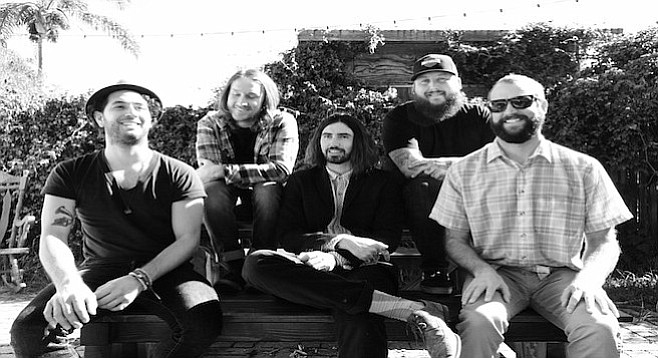 "Our worst show was probably our first show," Leal told the Reader. "It was at Mr. Peabody’s in Encinitas. We had this lineup for about a week, and everybody was still figuring out their parts. Cheyne didn't even know the songs. It was interesting, to say the least."

After Jake Loban left the group, their debut full-length Darling Darling was released in January 2017, featuring several songs originally created as Jefferson Washington. A video for the title track was shot all in one take by Garrett Riker, debuting on the band's First Take Sessions channel.

"I guess 'Americana' is the easiest umbrella term for us," said Leal. "We are all into those old, traditional American roots styles of blues, country, and folk. We try to honor those styles the best we can, but I’m not from the 1920s. I grew up playing punk rock and skateboarding. I don’t sing about wagons and drug stores. We sit on grooves and sing about things that are close to home."