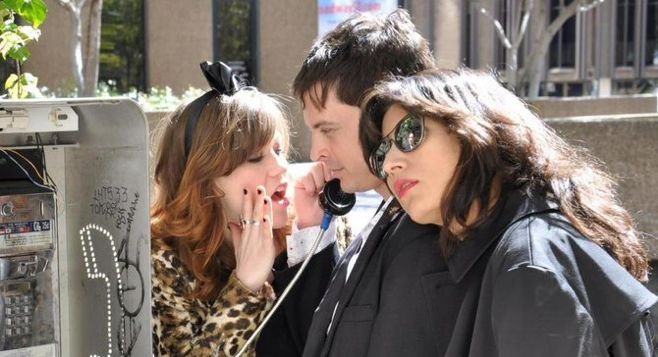 Influences: The Pixies, the B-52's

When retro new wave act The Very formed in 2009, it included Phil Inzunza (guitar/lead vocals), Lex Pratt (keyboard/vocals), Diana Death (bass/vocals), and Gigo Marquez (drums). The band takes their name from an oft-quoted line in the dark comedy Heathers, “You are so very....”

They later pared down to a trio (Inzunza, Pratt, Death). “Like Three’s Company,” says Diana Death, referencing the old TV sitcom. “Two girls and one guy.” Death has her tentacles deep into the local punk scene; Lex is a reformed drummer, and Inzunza is a blowtorch guitarist. This is not a metal band, but it almost sounds like one when he solos.

The band released their full-length The Discovery in early 2011. It includes remake versions of songs from their original 200-copy demo, with new bassist Diana Death and remixed and remastered by Anthony Ridenhour at Cabana Studio. Later that year, they shot a video for their first single “A-Okay,” done on the style of the horror film The Shining, with Lex Pratt and Diana Death as the Creepy Ghost Twins.

Though Marquez left the Very, the drummer still plays with Death in a Johnny Thunders tribute band.