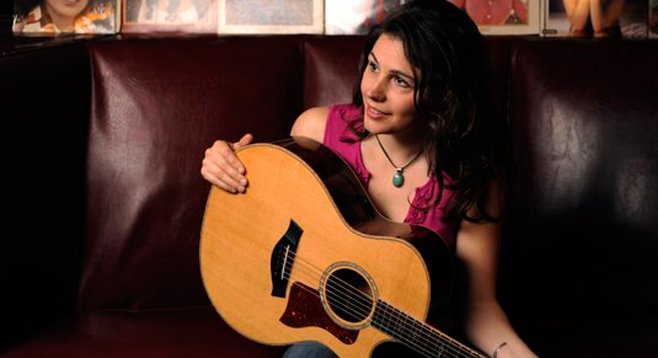 Sound description: Folky bluegrass Americana, which Petite herself decribes as sounding like "a modern-day June Carter."

Her song "Coming Home" won the "Best Song Award" in the Country/Americana category in the 2006 Portland Songwriting Contest. The song turned up on a French Country Music compilation CD (Universal Music of France) and on Petite's 2007 album, The United States of Americana (Shut Eye Records).

Her 2009 album features the Sugar Daddies and the Tiger Mountain Boys. In September of that year, she won Best Americana or Country Artist at the San Diego Music Awards. In July 2010, her album Doghouse Rose debuted at number 33 on the Top 40 Americana Album Chart.

Drummer John Kuhlken (Sara Petite’s Sugar Daddies, the Nards, Brawley), passed away after a lengthy battle with cancer, despite having been in remission for several years.

In August 2012, Petite won Best Americana at the San Diego Music Awards, a trophy she won again in October 2013.