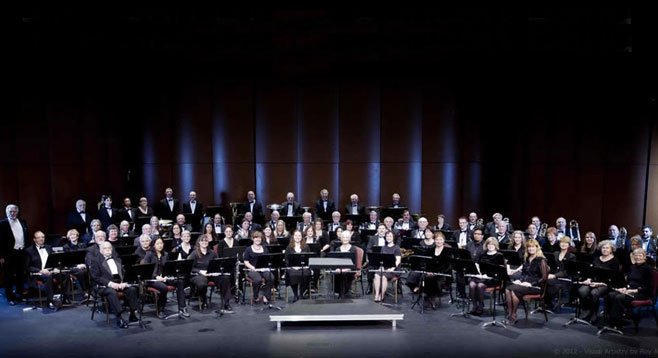 The San Diego Concert Band was founded as the La Mesa Community Band in 1989 and was renamed in the early 1990s. The group performs all over the county at various stages, including the Joan B. Kroc Theater, the East County Performing Arts Center, Crill Hall at Point Loma Nazarene University, Concerts in the Park in Poway, the Wine Country Community Band Festival in Temecula, La Mesa's Sundays at Six, and Balboa Park’s Twilight in the Park. In addition, they've performed for the Independence Celebration at St. Dunstan’s Church in San Carlos, and at the Water Conservation Garden in Rancho San Diego.

The San Diego Concert Band is supported solely by member dues, private sponsorships, individual donations, and the donations received for tickets to performances and recordings.