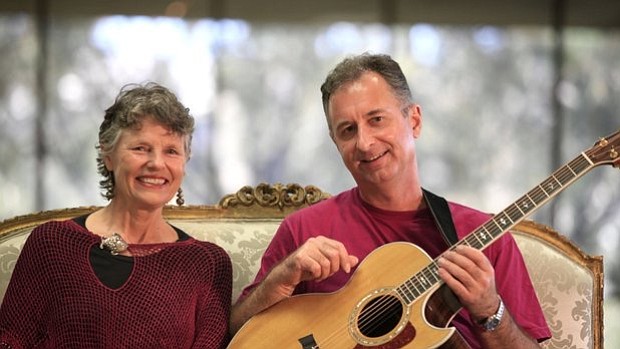 San Diego vocalist Robin Adler honed her considerable vocal chops for years as a member of San Diego jazz guitarist Peter Sprague’s groups, which frequently covered Joni Mitchell material. Later, she and her husband guitarist Dave Blackburn formed a tight ensemble they called the Mutts of the Planet, performing the music of Joni Mitchell. The band was founded in 2006, with the ambitious gameplan of learning all of Mitchell’s notoriously difficult music.

Their album Safaris to the Heart: The Songs of Joni was released in 2010, followed in 2014 by a concert album, Hejira Live, recorded at Carlsbad Village Theatre on June 1, 2014.

Along with Adler’s voice and Blackburn’s guitar, as of 2012 M.O.T.P. featured Barnaby Finch on piano, David Curtis on keyboards, Danny Campbell on drums, Barry Cahill on vocals, sax and flute, and Peggy Watson on vocals. The band has also performed with bassist Max Bennett, a veteran musician who toured and recorded with Mitchell back in the day.

By 2016, Adler was playing with acoustic soul band ABQ, alongside Blackburn and John Quint. By late the following year, the band's lineup included Adler and Blackburn along with Barnaby Finch, Duncan Moore, Jim Reeves, and Jamie Kime.