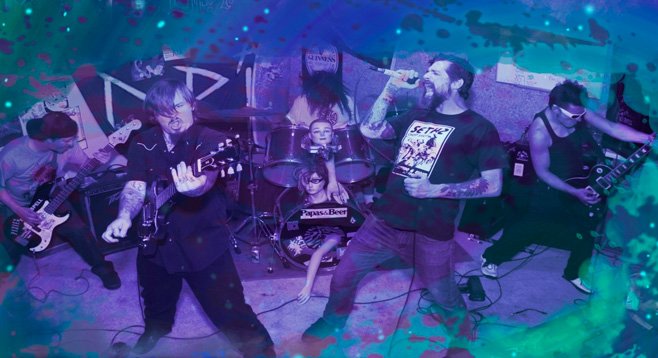 Based in Ocean Beach, Revenge Death Ball was founded by Downspell bassist Ronald “Woogie” Maggard and Throatcloser drummer Ono Senteno, alongside Screamin Yeehaws singer Nick Bone and members from Dpi, the Wastrels, Behind the Wagon, the Whiskey Dicks, Johnny Castle, Se Vende, and Old Devil. It began as a recording project including seventeen musicians from the local San Diego area.

Their debut full-length (with all seventeen players) It’s an Attack was released in January 2012. Now downsized to five members, they followed up with a new EP in May 2012. Shortly after its release, Joshy Wastrel was replaced by new bassist Primo.