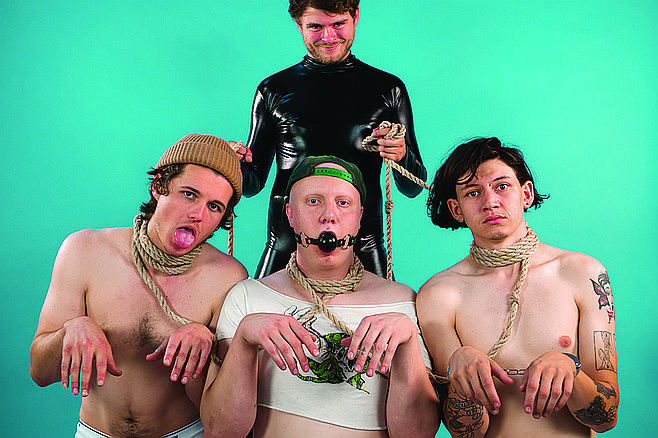 On Drugs was founded as an experimental noise group by Elias Avila (Groms), Derek Housh, and Cameron Gates, later joined by Steve Gartman. “I always joke and call it flat-Earther rock,” says Housh. “It’s kind-of science-based, but it’s really stupid. I think one big thing that helps is that there’s not one main songwriter in the band. It’s all of us bringing stuff forward. It’s really the [songs] that we all wrote together that were really psychotic, almost like you’re listening to an old radio and you’re changing the stations and it’s jumping back and forth between different songs.”

Originally formed in Portland, Oregon and known as Seyonce, due to Housh's penchant for singing Beyonce lyrics over whatever droney noise music they were jamming on, they signed to Postmark Records, home of locals the Frights and the Soaks. The debut On Drugs release Stay Yuck was followed in 2019 by Uuckhole Futah.